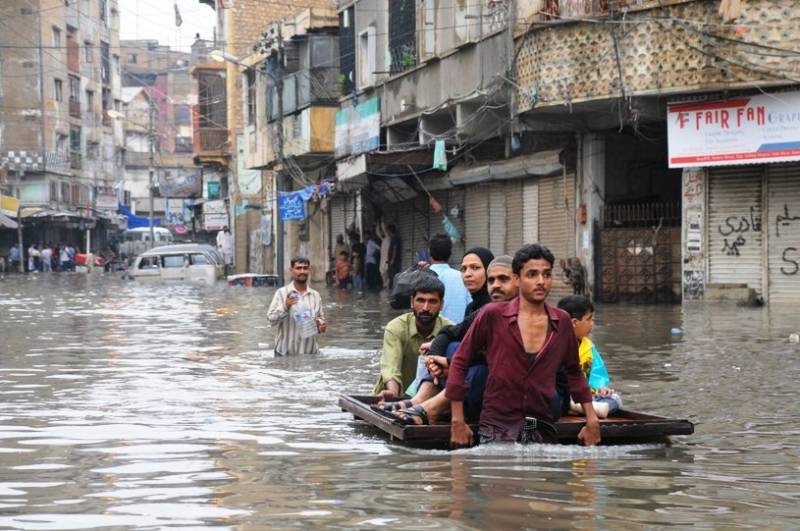 ISLAMABAD – Prime Minister Imran Khan on Monday directed concerned authorities to finalize 'Karachi Transformation Plan' during current week in consultation with all stakeholders for its in-principle approval and implementation.

Chairing a high-level meeting to address civic problems of Karachi, the Prime Minister said the federal government was cognizant of sufferings of people and vowed to play its role in mitigating them.

Khan said country's progress and development was linked with the prosperity of its economic hub Karachi.

The prime minister was updated about Karachi's problems relating to clean drinking water, sewerage, solid waste management and transport and apprised of the proposals for their permanent solution.

A presentation on Karachi Transformation Plan prepared by Planning Ministry was also shown in the meeting.

Meanwhile, Pakistan Army continued its relief efforts for the residents of Karachi who faced miseries due to heavy rain during the last couples of days.

The troops also worked to help the citizens trapped in huge rain waters in different parts of the city besides dewatering at multiple locations to facilitate them. Army mobile recovery vehicles also provided help to the citizens whose cars and vehicles struck in flooded areas.

According to the latest reports, Pakistan Air Force (PAF) came to the succor of rain affected families of Karachi while keeping the tradition of serving the nation during natural calamities.

“Around 1000 families were provided ration packs during the relief efforts by PAF,” the officials added.