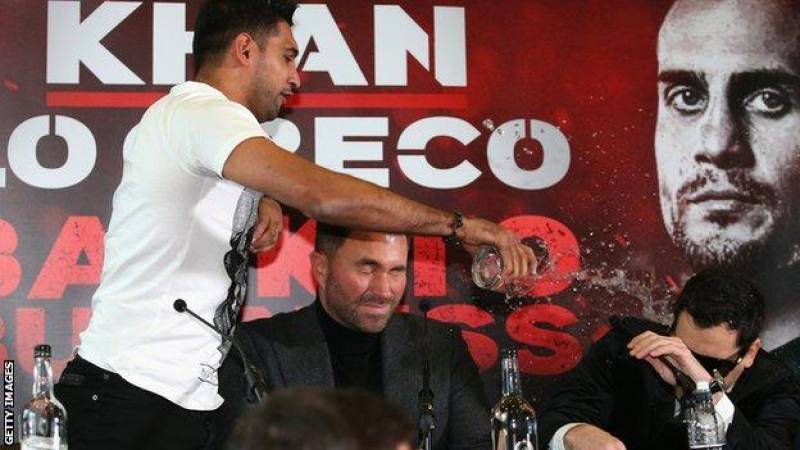 LONDON - British-Pakistani boxer Amir Khan lost his cool and threw water over opponent Phil Lo Greco while reacting to taunts about his personal life at a recent press conference.

The pair meet in Liverpool on 21 April, when British welterweight Khan fights for the first time in nearly two years.

At a pre-fight promotional event on Tuesday, the Canadian boxer pointed to Khan's family issues and marital difficulties since losing to Saul 'Canelo' Alvarez in May 2016.

And the former world champion, 31, responded by throwing water at the Canadian, prompting security to intervene before Khan insisted he would take the bout as seriously as ever.

LONDON - Boxer Amir Khan got back with his model wife Faryal Makhdoom just two months after he filed for divorce in the ...

Khan said: “I will train like it’s a world-title fight. Greco says maybe I’m past my best. I’m 31 and at the peak of my career. For me boxing is the way forward. Boxing put me here and I am going to finish on a high.”