Khalilzad and Gen Bajwa met at the General Headquarters (GHQ) where they discussed the regional situation, the military’s media wing said in a statement Friday.

According to the ISPR, matters of mutual interest were also discussed between the US envoy and the Pakistan army chief. Khalilzad praised Pakistan’s efforts for promoting peace in the region, the statement added.

The meeting came after Foreign Minister Shah Mahmood Qureshi told the US representative that Pakistan will continue supporting peace efforts in Afghanistan as a joint responsibility. 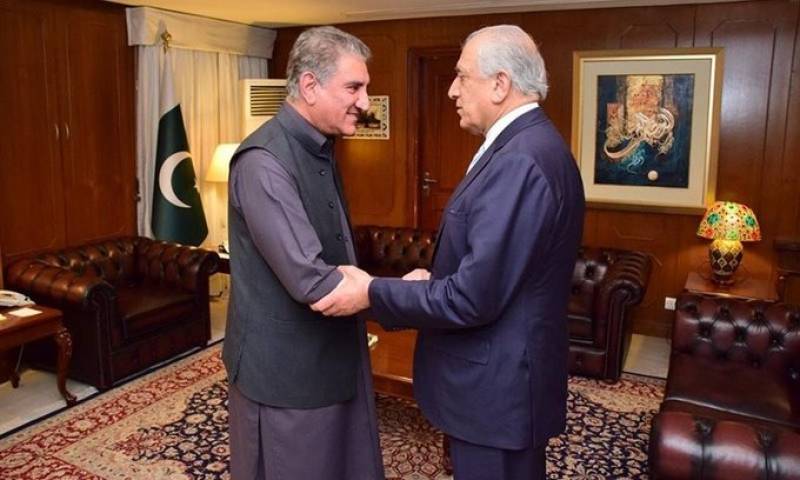 Talking to Khalilzad in Islamabad earlier today, Qureshi said a peace agreement between the United States and the Taliban will pave the way for intra-Afghan dialogue, which will prove useful for peace and stability not only in Afghanistan but the entire region.

Ambassador Zalmay Khalilzad informed the Foreign Minister about details of current situation of the ongoing talks with the Taliban and also appreciated Pakistan's reconciliatory role.

Afghanistan has been ravaged by war for the last 18 years when the US invaded the country following the September 11, 2001 attacks.

Now after 19 years of devastation and huge losses on both sides, the US has been trying to negotiate a peace deal with the Taliban which culminates in a smooth transfer of power and allows American troops to leave the country.

Pakistan been mediating in the conflict and trying to negotiate a peace deal with the Afghanistan government, the Taliban and the Trump administration.