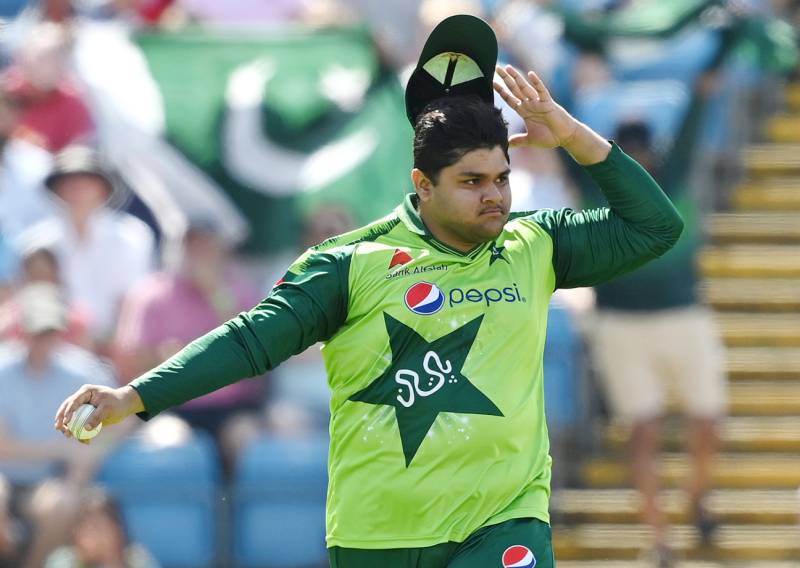 LAHORE – In another blow for team Green ahead of the remaining T20I matches against the West Indies, young batsman Azam Khan has been ruled out due to a head injury.

The 22-year-old was shifted to the hospital for a CT scan and other tests after he was hit on the head during the practice session on Friday. Khan was wearing a helmet at the time he was hit with hardball. Though he did not lose consciousness, the team's physician Riaz Ahmed took him to the hospital.

Pakistan Cricket Board (PCB), in an official statement, said “A neurosurgeon has recommended an observation period of 24 hours. He will then be reassessed on Monday.”

Following his medical clearance, Azam will be reassessed on August 2. The cricketer will be given a go-ahead for the 4th and final T20I if he will fit to play again.

Meanwhile, Pakistan will lock horns with the West Indies in the second T20 International of the series at Providence today after the first encounter was called off in wake of rain.

Following the ill-fated incident, the management has decided to make some changes in the batting order. Sharjeel Khan was brought in to open the innings along with Mohammad Rizwan while Babar Azam was to come one down, reports quoting sources claimed.

In June, Azam made a debut during England tour however, he could not display his talent in the first series against the hosts.