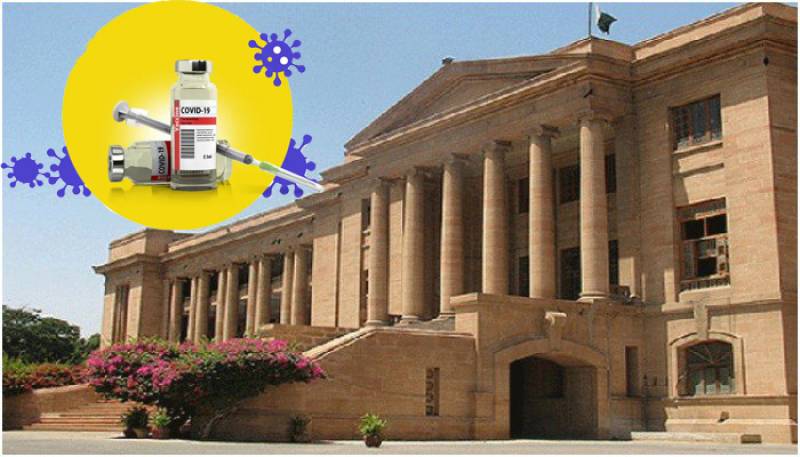 KARACHI – The Sindh High Court has rejected a petition of a lawyer who challenged the Sindh government’s proposal to block the SIMs of unvaccinated people.

Reports quoting sources cited that Karachi-based Advocate Sohail Ahmed moved Sindh High Court on Friday as he claimed that government cannot impose its decision on the public and it is people’s choice to get inoculated against the novel virus.

Ahmed said the government will have to pass a law or an ordinance to make the Covid jab mandatory for all citizens and said that masses cannot be forced to get the vaccine without legislation approved by elected representatives. People are not bound to obey administrative orders without legislation, he added.

Justice Shafi Muhammad Siddiqui of SHC while lamenting at the plea, said how somebody asks for such legislation at a time when the country is suffering from the pandemic. The judge also relates the Covid-affected person to a ‘walking bomb’ in public.

Court also asked the petitioner to produce the notification issued by the government about blocking the SIM cards of citizens, which he failed as the government hasn’t released any of such notifications and it is just a suggestion for now.

KARACHI – The Sindh government announced to block the cell phone service of citizens who refuse to get vaccinated ...

Court then dismissed the plea and slapped a fine of Rs25,000 on the petitioner for filing a frivolous petition and wasting the court's time.

On July 23, the Sindh government asked the National Command and Operation Centre (NCOC) to block the SIMs and social media accounts of unvaccinated mobile phone users.