‘Sir, there is something on your chin’: US President alerted by aide during virtual meeting (VIDEO) 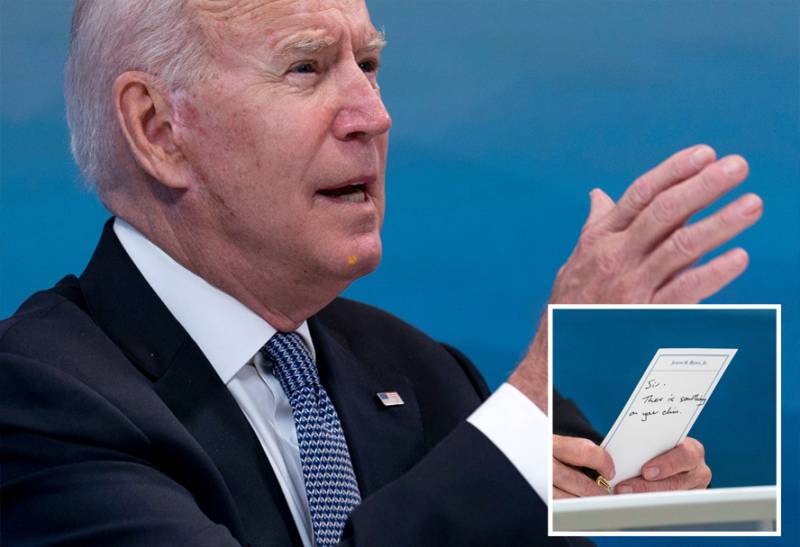 WASHINGTON – US President Joe Biden, who has a well-documented history of confusing or downright embarrassing gaffes and misstatements, was recently photographed reading a hand-written note from an aide telling him ‘there is something on his chin’.

The bizarre incident occurred during a virtual meeting with governors on Friday when a photographer of an international news agency captured a note passed to President Biden from an aide to remove a speck from his chin during the event, which was live-streamed from the White House.

Staffer: Notifies the president that he has something on his chin.

Biden: Wipes it off and eats it. pic.twitter.com/j63xWA3uqk

As soon as he reads the note, the 78-year-old swiped his face, and he appeared to stick whatever was clinging to his chin. He then rested the back of his hand over his lips, giving them another wipe, footage of the incident shows. 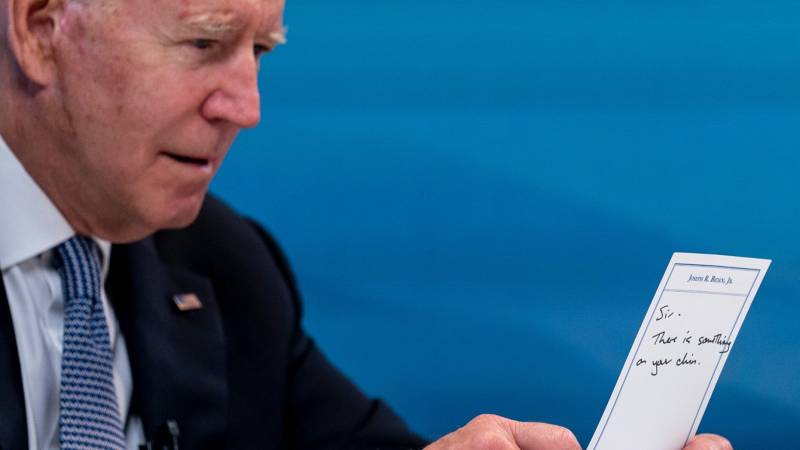 Reports in international media cited that the object remained on Biden's chin for the first 10 minutes of the meeting.

Earlier, the democratic party leader was also caught glancing at what appeared to be a page or book of journalists with attached headshots during the briefing. Some of the reporters had circled numbers next to their names.

Joe Biden, the oldest person ever to become US president, stumbled three times as he climbed the stairs to board his ...