US aid arrives in India as coronavirus cases explode 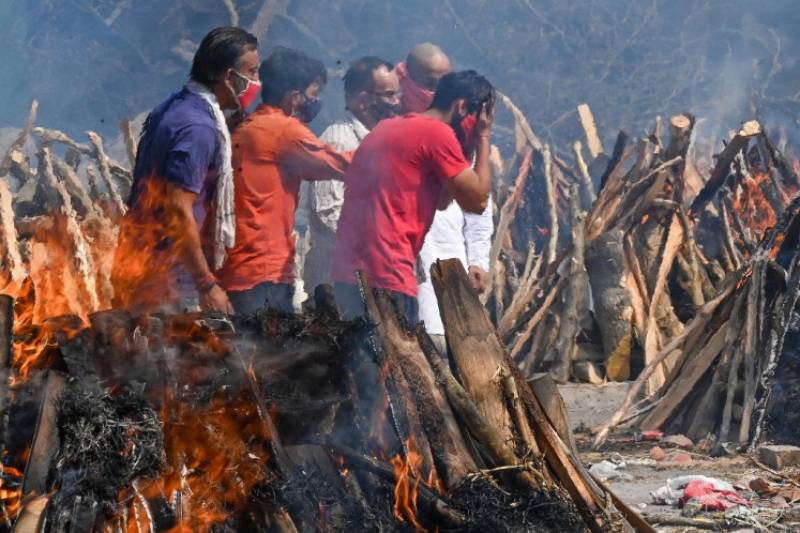 NEW DELHI – The first US emergency aid to India arrived on Friday as the country battles a devastating surge in Covid-19 cases which has overwhelmed hospitals and crematoriums, reported Indian media.

India is currently recording a world record infection rate of more than 370,000 cases and 3,600 deaths a day and a huge international aid operation has been launched with dozens of countries promising help.

The delivery, which flew in from the Travis military base in California, followed talks this week between US President Joe Biden and India's Prime Minister Narendra Modi.

In a desperate attempt to save her Covid-19 positive husband, an Indian woman tried to resuscitate him by breathing ...

"The United States is delivering supplies worth more than $100 million in the coming days to provide urgent relief to our partners in India," State Department spokesman Ned Price said Thursday. US officials said the special flights, which will also bring equipment donated by companies and individuals, will continue into next week.

Japan became the latest to offer help, announcing Friday it would dispatch 300 oxygen concentrators and 300 ventilators to India. "Japan stands with India, our friend and partner, in her efforts to fight (the) Covid-19 pandemic through this additional emergency assistance," the foreign ministry said.

NEW DELHI – India on Wednesday registered a record surge in deaths from novel coronavirus over the last 24 hours ...