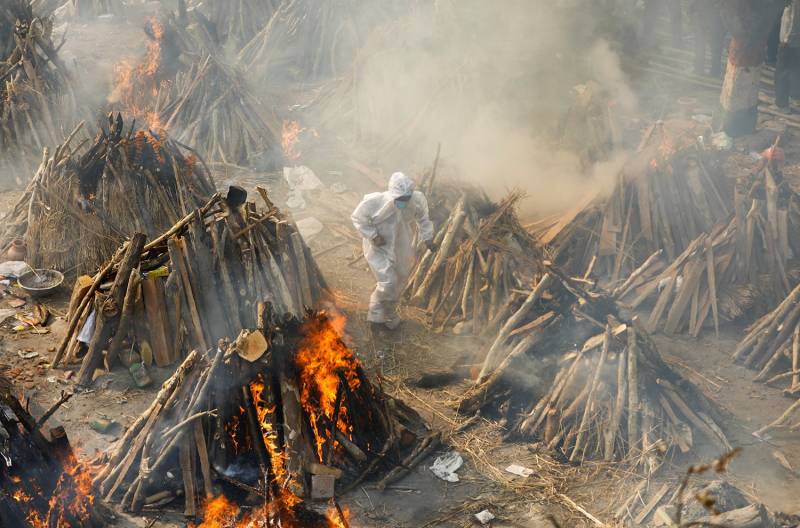 NEW DELHI – India on Wednesday registered a record surge in deaths from novel coronavirus over the last 24 hours - taking its total deaths past the 200,000 mark.

The south Asian country becomes the fourth in the world to cross 200,000 deaths behind only the United States, Brazil, and Mexico.

The second deadly wave in the south asian country erupted after a new variant spread during mass political and religious events has overwhelmed hospitals with dire shortages of medical facilities.

World Health Organization Tuesday warned that the new Covid-19 variant, identified as B.1.617, had been detected in over 1,200 sequences uploaded to the GISAID open-access database from at least 17 countries.