Pakistani heartthrob, Fawad Khan was presented with the Best Cinematic Icon award last night in Dubai where both Pakistani and Indian artists came together to celebrate their industries. 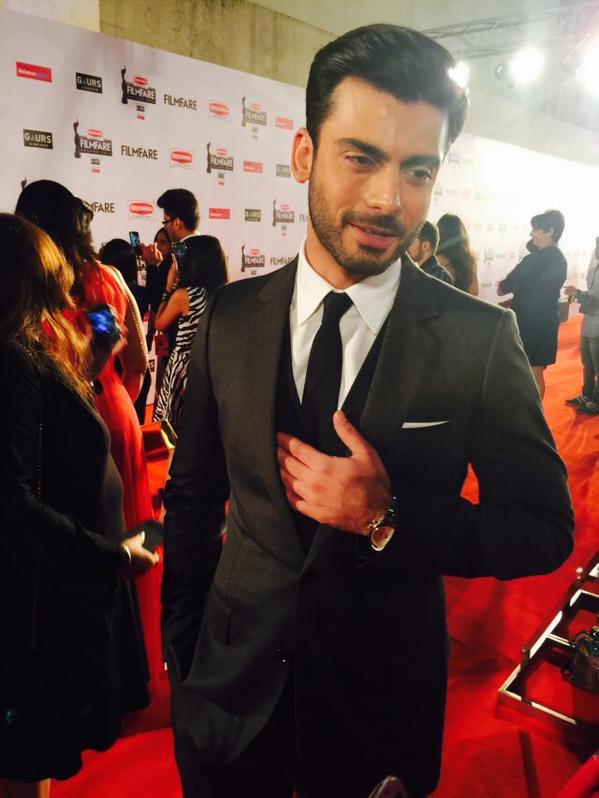 Danube, a mega corporation in the UAE re-launched Indian films and celebrity magazine 'Filmfare Middle East and there was no animosity during the event, even though there is currently a Bollywood ban resurfacing.

Among the glmaourous guest list were  Bollywood elites such as Jackie Shroff, Manish Malhotra, Dia Mirza, Deepika Padukone and Karan Johar among others.  While representing our side of the border, Fawad Khan, Mehwish Hayat and model Hasnain Lehri graced the red carpet of the event.

Although Fawad received such a prestigious award, Deepika's stunning arrival in an Amit Aggarwal gown stile the spotlight. Fawad, is no stranger to the 'Filmfare' family, being the only Pakistani to ever be featured on the magazine's cover.

Besides that, he is also the lucky recipient of the Best Actor category in 60 years of Filmfare history for his film 'Khoobsurat.'