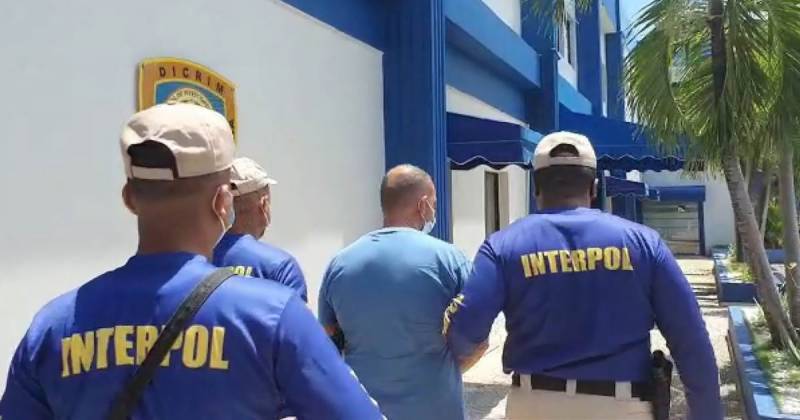 BOCA CHICA – A mafia fugitive has been arrested in the Dominican Republic after appearing in a YouTube video.

After seven years on the run, Marc Feren Claude Biart, 53, was tracked down through a YouTube cooking channel he started with his wife, and was arrested Monday at Milan’s Malpensa Airport after arriving on a flight from Santo Domingo, Italian police said.

Biart, an alleged member of southern Italy’s powerful 'Ndrangheta crime syndicate –one of the most feared and powerful in Europe – had failed to obscure his tattoos, a clue, authorities say they used to track down the mobster in the Dominican Republic.

Though he carefully hid his face, Biart failed to disguise his distinctive body tattoos, they added.

Biart had been wanted for allegedly trafficking cocaine into the Netherlands since 2014, and had been living in the Dominican Republic for the past five years and reportedly leading a quiet life.

He had been keeping a low profile during his stay in the Caribbean — besides the cooking videos posted to the internet. He was known to locals as simply “Marc” and kept his distance from the Italian community in the popular tourist destination.

The search culminated in his arrest last week in the Dominican town of Boca Chica after which he was extradited to Italy and landed in Milan on Monday, they added.

It was unclear how long the cooking channel had been online or when police became aware of it.

COLOMBO – The findings of the Presidential Commission that probed the 2019 Easter serial bombings have concluded ...