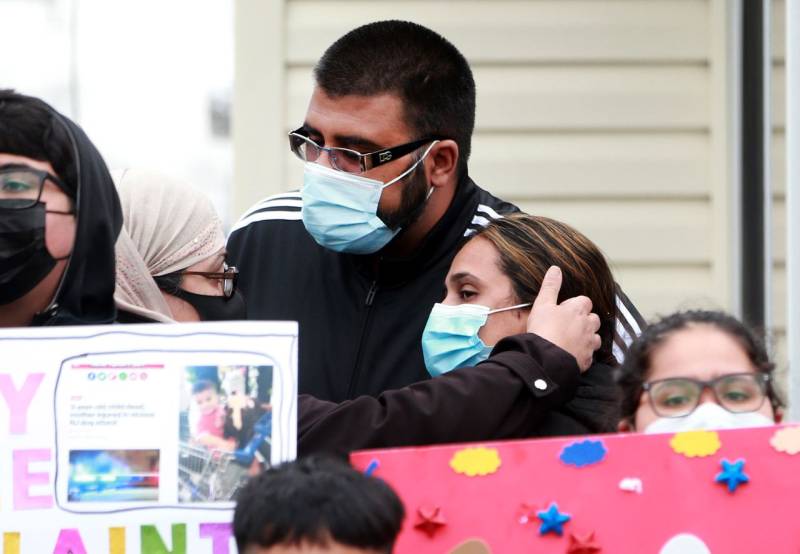 CARTERET – A Pakistani family in New Jersey, USA lost their 3-year-old son Aziz Ahmed, when their neighbor’s wild pitbulls broke into their backyard and attacked him and his mother as his older brother was present.

The boy was airlifted to the hospital but couldn’t be saved.

Following the disturbing incident, a case was filed in the Middlesex County Prosecutor’s Office which according to a letter written by the prosecutor stated it won’t be filing criminal charges against the dog owner whose pit bulls attacked and killed the young boy.

In the letter, Prosecutor Yolanda Ciccone said investigators did not uncover “intentional, knowing, or reckless criminal conduct.” The letter is dated March 23 and was sent to supporters of the Ahmed family who contacted her office.

“In this case, based upon the information known at this time, it would appear as if no law has been violated. Thus, despite the well-intended demands for justice, no charges will presently be filed. Again, this decision is based upon the facts and evidence known to law enforcement at this time,” said the statement.

“Our sincerest, deepest sympathies go out to the family for the loss of their child in this unspeakable tragedy. No family should have to endure such pain. We will thoroughly review existing legislation and work with the sponsors on the best possible course of action,” the statement further said.

At a vigil on Sunday, attendees called for lawmakers to pass a law in Aziz’s memory that would allow for the criminal prosecution of owners whose dogs cause fatal injury.

The two dogs involved were euthanized. Neither animal was registered with the town, which is required by law.

In New Jersey, there is no criminal charge specific to a dog attack. If authorities believe charges are warranted, they have to fit the circumstances into existing laws against recklessly causing death or injury.