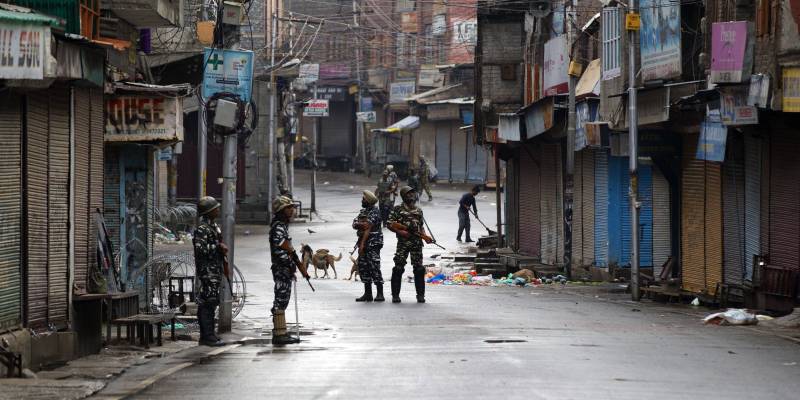 The report said worst kind of siege had failed to subdue the freedom sentiment of Kashmiri people and they were determined to keep fighting for their rights, including the right to self-determination.

Meanwhile, Indian troops in their fresh act of state terrorism martyred two Kashmiri youth during a cordon and search operation at Wanpora in Kulgam district on Saturday. The occupation authorities suspended internet service in the district.

On the other hand, Chairperson of European Parliament’s Subcommittee on Human Rights, Maria Arena, in a letter to Indian Home Minister, Amit Shah, expressed concern over the arrest of rights activists, Gautam Navlakha and Anand Teltumbde.

Political analysts have strongly criticized Indian Prime Minister Narendra Modi's address to the nation in which he gave justification of the abrogation of special status of Jammu and Kashmir and endorsement of the controversial Citizenship Amendment Act.

While commenting on the Modi’s address, some political analysts said the speech could trigger more anger in occupied Kashmir.

The critics called the assertions as a brazen attempt to deny the reality and further the Hindutva agenda at a time when India should more be focusing on mitigating the sufferings of Kashmiri people and overcoming great economic and health crises inside India and occupied Kashmir.

A Kashmiri professor at Dadri-based Shiv Nadar University, Siddiq Wahid told an Arab daily that sadly, Modi lives in deep denial, and we are supposed to get used to this denial of reality.

Urmilesh, a Delhi-based political analyst and columnist said Modi’s actions in India and occupied Kashmir have weakened democratic credentials in the country.