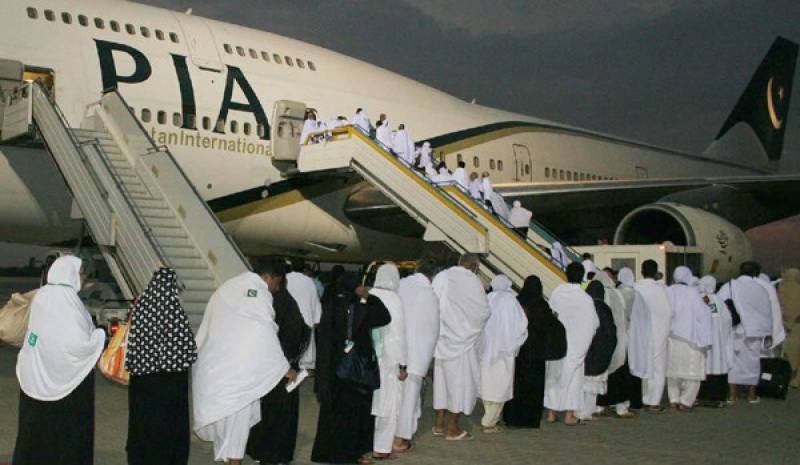 ISLAMABAD – The first Hajj flight will depart from Islamabad on Sunday night, says the Ministry of Religious Affairs.

More than 80 percent pilgrims under government Hajj scheme have completed their training through Hajj camps, according to the state broadcaster.

The pilgrims will be informed about the flights through the website and mobile message.

Under government scheme, the pilgrims will arrive in Saudi Arabia via PIA, Air Blue, Serene Air and Saudi Air.

This year, the ministry completed a six-month Hajj operation in a short span of one month.

Saudi Arabia has allocated a quota of 81,132 pilgrims to Pakistan to perform Hajj this year.

KARACHI – The Pakistan International Airline (PIA), for the first time in its history, has decided to charge ...