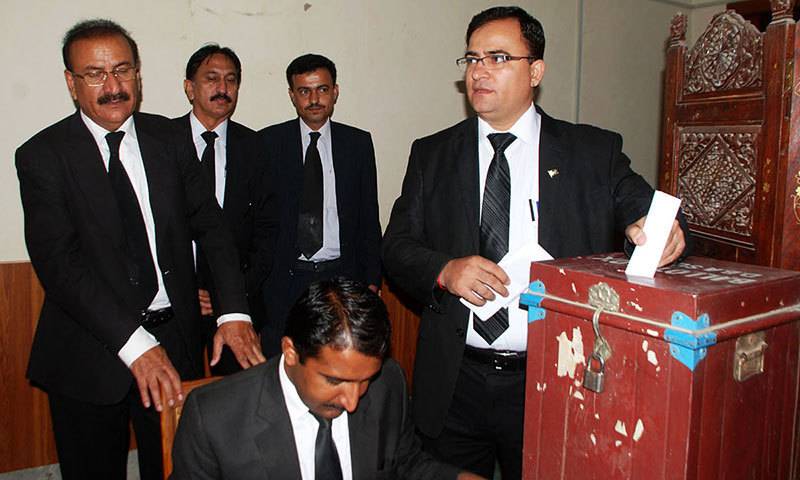 ISLAMABAD - Polling for the Supreme Court Bar Association (SCBA) elections is underway in Islamabad, Karachi, Lahore, Peshawar, Quetta and other cities on Tuesday.

The polling started at 9:00 am will continue till 5:00 pm without any formal break. Polling is also underway in Multan, Bahawalpur, and Abbottabad where polling stations have been established.

Cut-throat competition is expected between the candidates of Asma Jahangir group and Hamid Khan group for the slot of president.

As many as 44 candidates are contesting the election for 22 seats of the association and a total of 2,989 lawyers, most based in Lahore can exercise their right to franchise.

Chairman Election Board Afrasiyab Khan is monitoring the election process.

Last year, Rashid Rizvi, of the Hamid Khan-led group, was elected as the SCBA president.