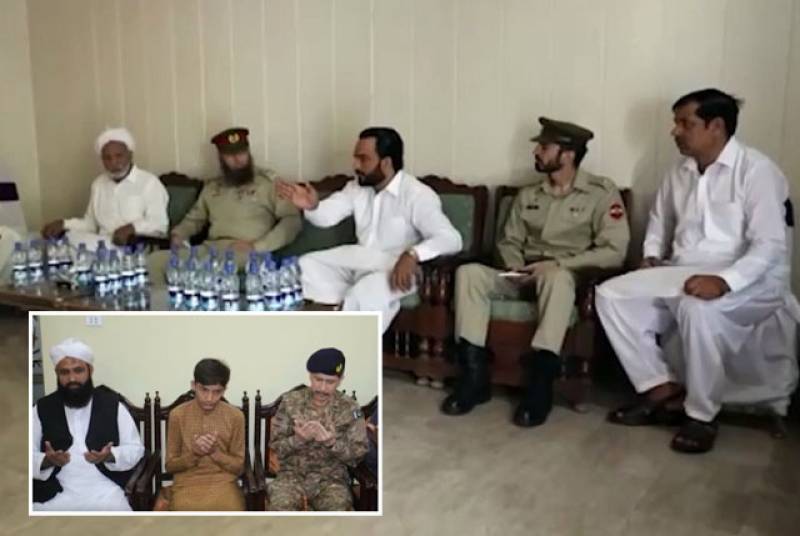 RAWALPINDI – Senior officers of the Pakistan Army on Saturday visited families of law enforcement personnel who lost their lives during the recent violence that had erupted as a result of protests of the banned outfit.

A statement issued by Inter-Services Public Relations (ISPR) said the army officials visited the residences of the martyred cops to offer prayers and pay homage for their sacrifices.

It further added that the army officials also offered financial assistance on behalf of the Pakistan Army to the bereaved families. Pak Army officers also visited injured law enforcement personnel and inquired about their well-being.

The four cops were killed while hundreds suffered injuries when charged activists clashed with security forces at a demonstration near the eastern city of Punjab capital, per reports.

The deadly clashes broke out at a rally of the far-right party on a highway in Sheikhupura, just outside Lahore, as the group prepared to march on the federal capital Islamabad.