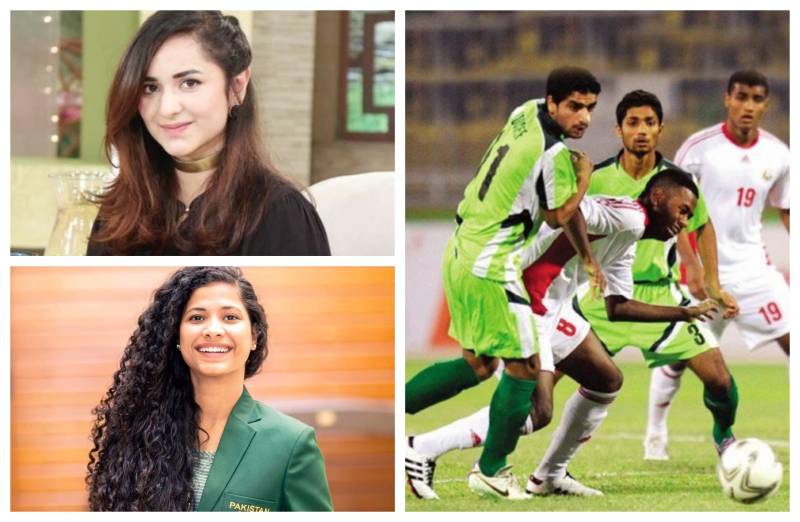 Uncertainty hangs over the future of Pakistan football as an unrecognized group is reluctant to end its forcible take-over of country’s football governing body despite warnings from FIFA, leaving the players and sports lovers waiting for sanctions from the international body.

The same day FIFA issued a warning to the Ashfaq group that failure to vacate the headquarters by 8pm of March 28 could see Pakistan suspended for a second time in four years.

Pakistan football staring at a ban from FIFA as the governing body issues an ultimatum to Ashfaq Hussain and his party to vacate the PFF headquarters on Lahore. Ashfaq had claimed he didn’t care about a ban on Pakistan football, FIFA calling him out pic.twitter.com/cO2rzzX91M

But, the Ashfaq group did not pay heed to the deadline. It announced that the administration of the headquarters will not be handed over, besides demanding negotiations with FIFA. The former president said that they are elected body.

Ashfaq Hussain Shah was elected as PFF president in a 2018 election held on the instructions of the Supreme Court of Pakistan.

FIFA and the Asian Football Confederation refused to recognise him as the elected president, besides calling court’s decision “third-party interference” in matters of the football body.

In 2019, FIFA appointed its NC with Humza Khan its chairman. Haroon Malik was assigned the charge after Khan resigned from the post in December 2020.

The development not only caused cancellation of the ongoing women’s football championship started in Karachi in early March.

If the sanctions are imposed, Pakistan will be unable to participate in international events leading to colossal losses.

Amid the prevalent chaotic situation, the sport is once again staring into deep abyss in Pakistan with celebrities and players making appeals for saving the sport.

Taking to the social media, Pakistani actress Yumna Zaidi has urged authorities to save Pakistan football from damaging FIFA ban.

She wrote on Instagram: "Sports are essential to a society to remain healthy , provide us with the heroes we so desperately need to look up to and represent our country".

"At present the current Pakistan woman’s football team seems to be going through a host of issues and I want to appeal to whoever is listening to pls help them we need this… we need them to shine." 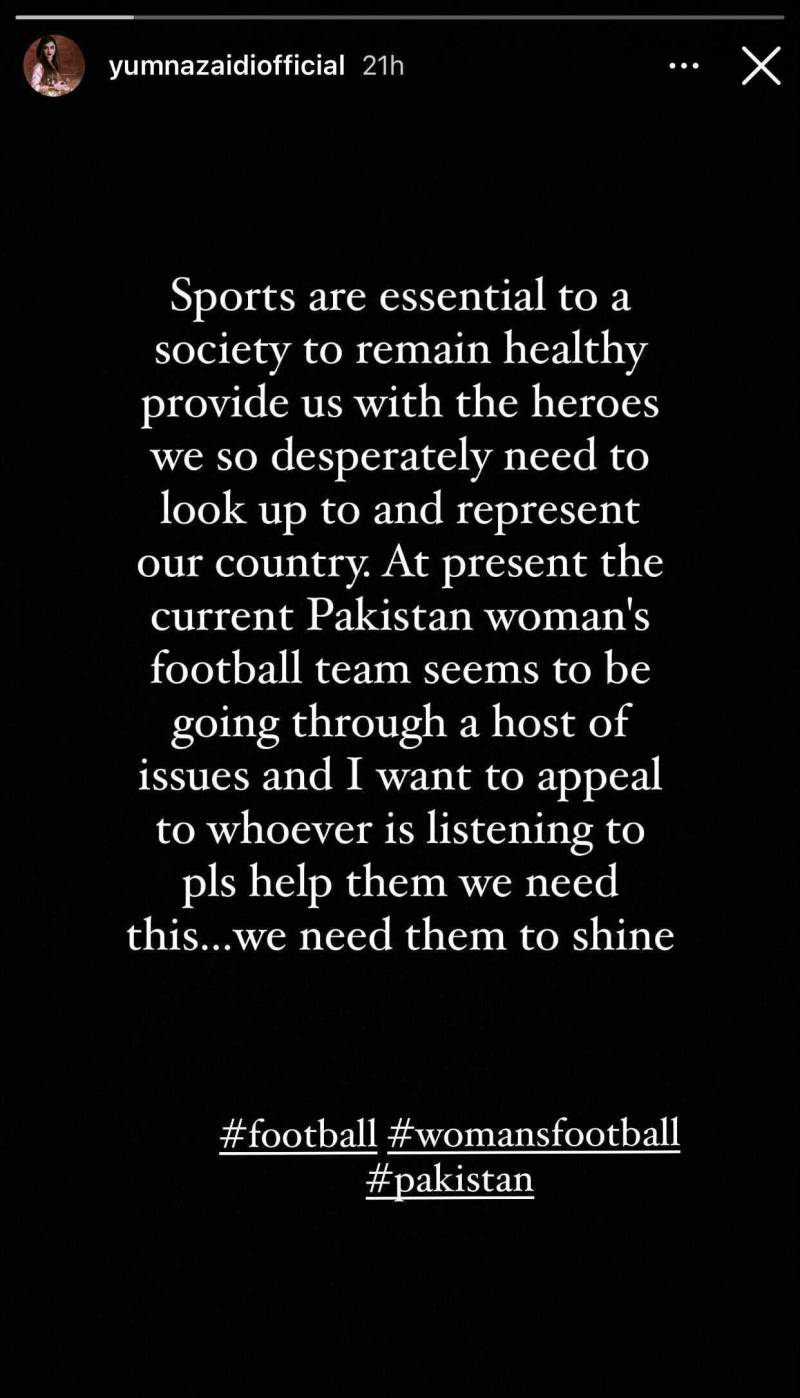 Meanwhile, football star Hajra Khan also expressed disappointment over the development. She said that Pakistan is closer to be banned by FIFA, adding that such action will put curbs on participation in international competitions.

Pakistan Football captain Kaleemullah Khan has requested Syed Ashfaq Hussain to hand over the federation to FIFA-appointed NC to avoid the ban.

He went on to say that the ban will most affect the players than others. He has also requested Prime Minister Imran Khan to take notice of the issue.