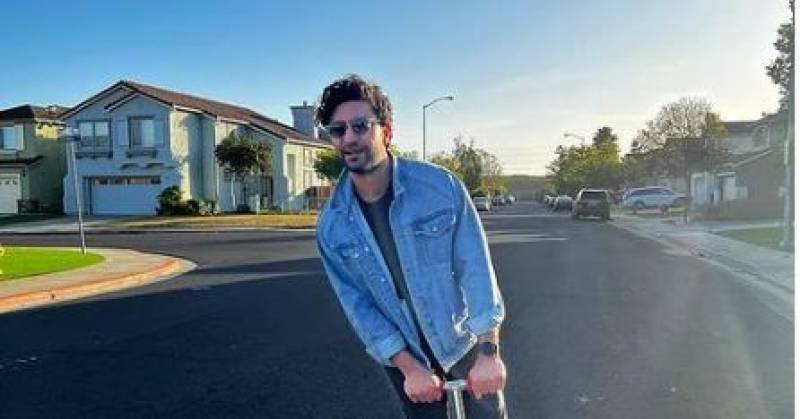 The heartthrob of millions, Ahad Raza Mir, has been swooning the internet with his stellar acting performances and good looks, and to add to the list, he is now cooking mouth-watering desi food for his fellow actors.

The Resident Evil crew was lucky to have been served by Mir's cooking with all the spices and 'salt bae actions.'

Mir has been seen cooking in many of his character portrayals. Fans of Yeh Dil Mera actor went gaga to see him actually made food for his fellow actors and represented the rich culture and background he comes from.

The Dhoop Ki Deewar actor had the chance to become a part of the famed series to be aired on Netflix. Boosting Mir's fame, the upcoming project is definitely a thriller to watch.

The versatile actor was married to co-star Sajal Aly but they don't live together anymore.