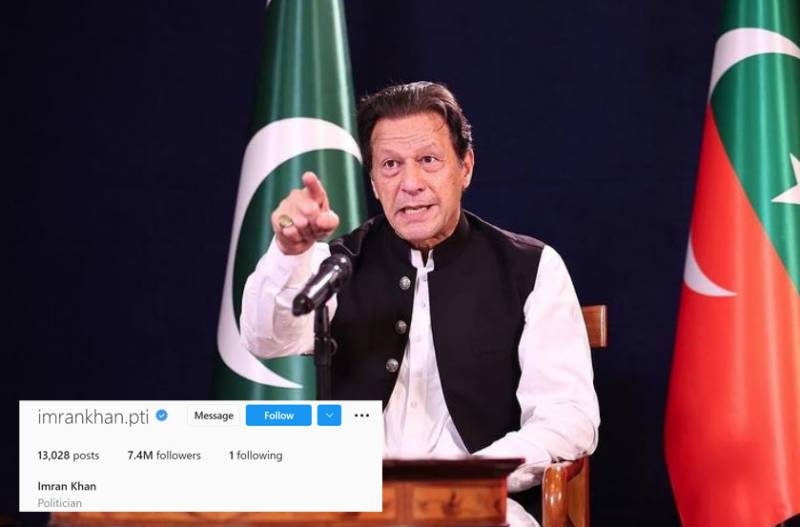 The breach came to light when a spam post regarding American billionaire Elon Musk and cryptocurrency was shared from the PTI chief’s Instagram handle.

"Thanks to Elon Musk for 3 BTC. Go to the site and get money," the spam post reads which seemingly lauded SpaceX founder for 'donating' three bitcoins.

The post was also shared as a story which has now been removed. 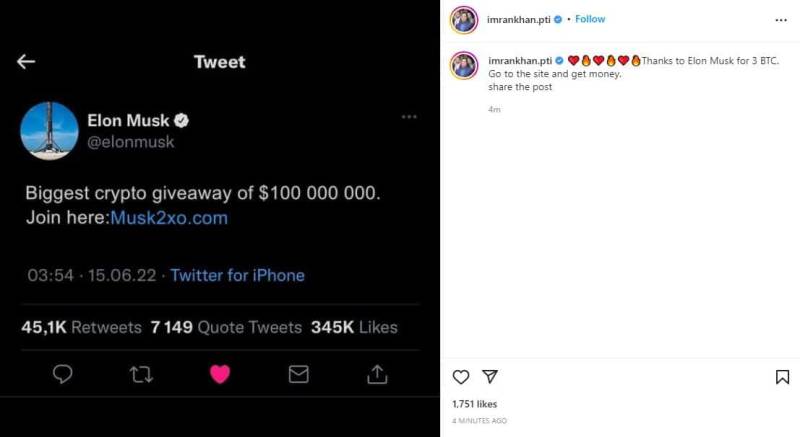 The screengrab of Musk’s tweet was fake as the world's richest man did not share this on his official handle.

The PTI spokesperson has not yet commented on the matter; however, the incident went viral as Imran Khan amassed more than 7 million followers, mostly youth.

The event is reportedly the second such incident in a short time as the Twitter account of PTI Secretary General and former Federal Minister, Asad Umar, was hacked last week.