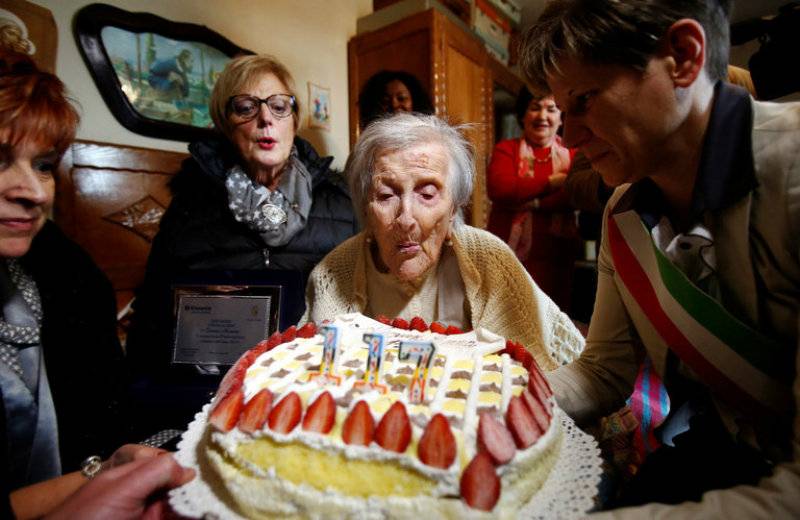 Morano received a greeting from Italy's president, read by an official, wishing her "serenity and good healthy," and appeared for a brief live broadcast on state-run television.

She happily accepted some gifts, including her favorite cookies, which she ate with some milk. 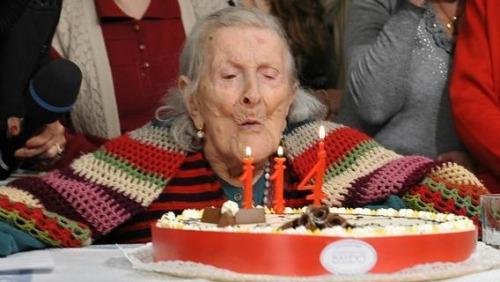 Then, while sitting in an armchair in her one-room apartment in the northern town of Verbania, joined by her two elderly nieces, a pair of caregivers and her long-time physician, she blew out the candles on her cake - not one for every year, but three numerals to show her age, 117 — and quipped: "I hope I don't have to cut it!"

Another party, including a visit from the mayor and another cake, was planned for the afternoon, after a nap. 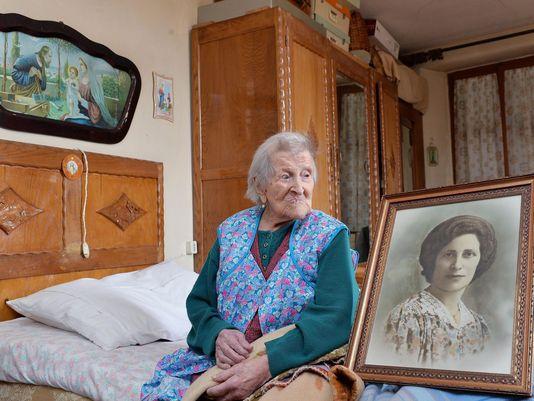 Raised in Vercelli – the oldest of eight siblings – Emma later moved to Verbania on the shores of Lake Maggiore, Italy where she remained for the majority of her life.

Emma followed the same extraordinary diet for around 90 years – three eggs per day (two raw, one cooked), fresh Italian pasta and a dish of raw meat. However, she now limits herself to two eggs a day and a few biscuits.
Emma was engaged to a man who was called to the front during the First World War. Devastatingly, she never saw him again and assumed he had died.
She married someone else in 1926 and later gave birth to a child who tragically passed away at only 6 months old.
This marriage was abusive. Emma told La Stampa in 2011 that her husband had blackmailed her into getting married, threatening to kill her.

Morano credits her long life to her genetic makeup, "and nothing else."

Italy is known for its centenarians - many of whom live on the Mediterranean island of Sardinia.