One of the founders of Tehreek-e-Labbaik Pakistan, challenges anointment of Khadim Rizvi’s son 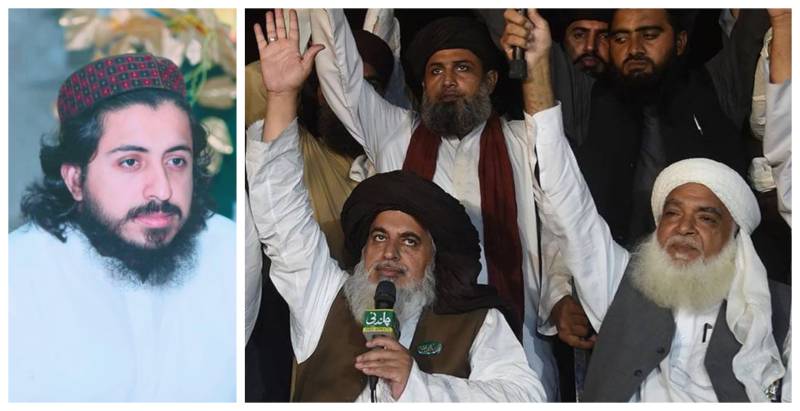 LAHORE – Bitter infighting among one of the founders and new ameer of Tehreek-e-Labbaik Pakistan (TLP), a religio-political party previously led by late Khadim Rizvi, has taken a new turn.

At the funeral of 54-year-old Rizvi, who passed away in Lahore after a brief ailment, his 26-year-old son Saad was chosen the new party leader.

However, it didn’t go well with Rizvi’s former aide Pir Afzal Qadri – another firebrand cleric – along with many others who were previously supporting the Rizvi group.

In a recent address to his followers, Qadri who still maintains his position as the party’s real founder came hard upon Khadim Hussain and his son Saad Rizvi over the latter’s appointment as the new party chief.

“He (Saad) is a ‘drug addict’,” Qadri said, recalling the time when late Rizvi used to ask him to pray for (the alleged addiction) of his son.

Sharing how he started his movement (against blasphemy) in 1965, a year before Khadim Hussain Rizvi was born, Qadri said that “he was the mastermind” of the party and questioned the former TLP chief’s contributions to the party.

“Khadim sb joined the party when protests in favour of Mumtaz Qadri (the assassin of former Punjab governor Salmaan Taseer) emerged,” he added.

“We had agreed on not nominating our children as successors - keeping the party free of kinship.”

He then claimed that the new TLP chief hasn’t even studied the books of first-year (of Islamic education). “I know him (Saad) since his childhood. He is not a final year student of Abu Dharr Ghaffari (Madarassah),” Qadri maintained.

“If he (Saad) has (enough knowledge) he should brief about it in front of the Ulema,” he insisted.

He then blamed the new TLP chief of wrongfully taking over the party.

“He’s illiterate, not even a Hafiz. He had only recited a few paras nor did he ever recite mussalah. If he’s a hafiz why doesn’t he recite mussalah?” Qadri questioned.

“Not even an Aalim, he’s mentally sick,” he continued, “How can he lead the Ummah as ameer?”

In the end, he announced that the son of late Khadim Hussain Rizvi was not eligible for taking charge of the party.

“I announce he is not eligible, I’m the founder of the Party and I will decide the leader (ameer), I will soon announce the leader in a convention, we will form a powerful party”.

On the other hand, the TLP’s current spokesperson, Zubair Ahmad, in a statement rejected Qadri’s leadership claims by saying that Qadri had resigned from the party in 2019 and was not associated with it in any way. Khadim Rizvi’s son is now the “legitimate leader” of the TLP and any attempts to undermine his authority and “create controversy could only be regretted,” Ahmad added.

Saad, who had previously served as the deputy secretary-general of the TLP, took oath as the new TLP ameer at Minar-i-Pakistan on Nov 21, 2020 (Friday).

He was appointed by sixteen of the most senior members of the party after consultation with each other.