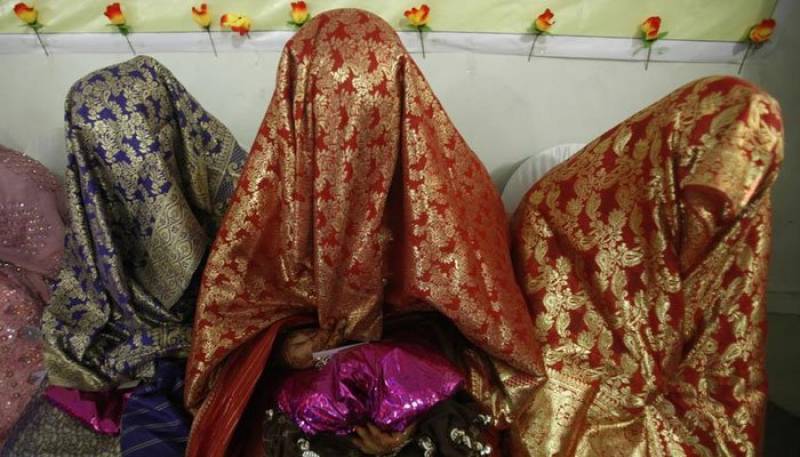 PESHAWAR – People of a village in northwest Pakistan have unanimously decided to put curbs on expensive weddings, also announcing a bizarre punishment for the violators.

Residents of Darshakila, a village in Khyber Pakhtunkhwa's Swat valley, have decided to limit the wedding convoy, a tradition rampantly seeping into the society to impress others.

Instead of a variety of food items, wedding guests will be served with only dates and sharbat, according to the decision. 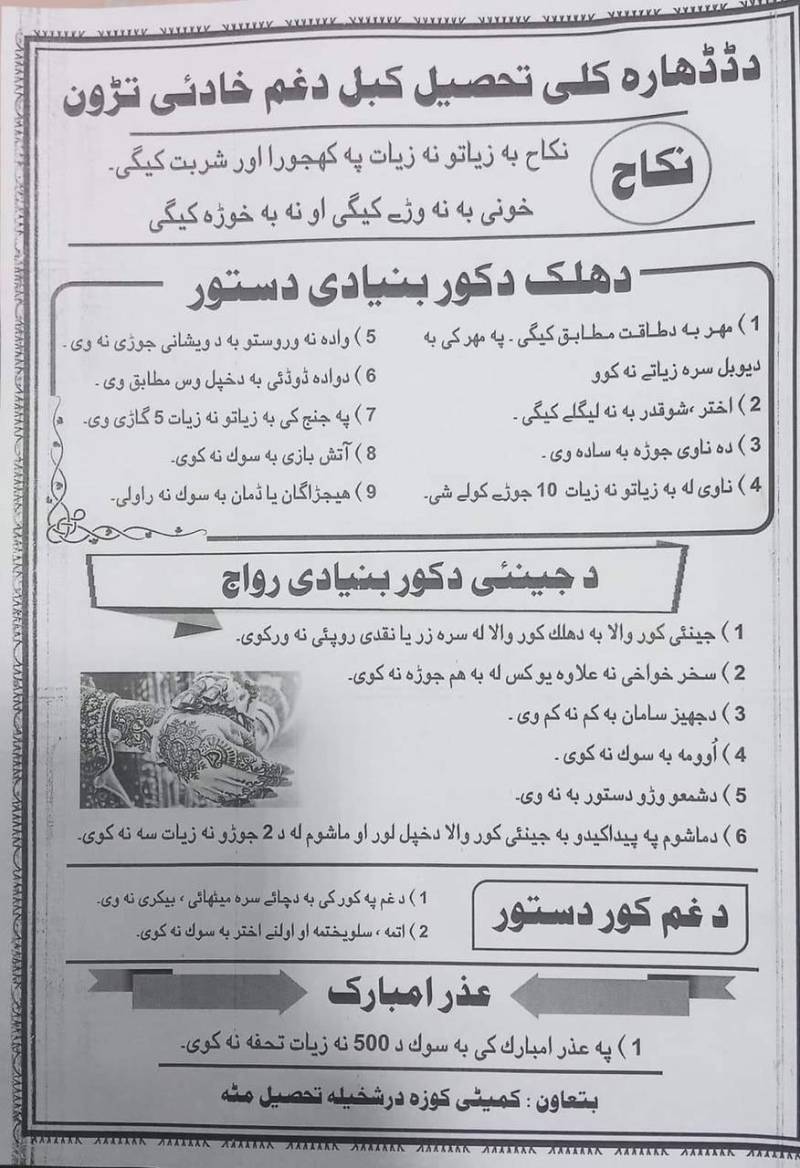 A pamphlet issued by the village in Pashto language is circulating on social media, stating that the prayer leader of the village will not offer the funeral prayers of those who will not abide by the new rule.