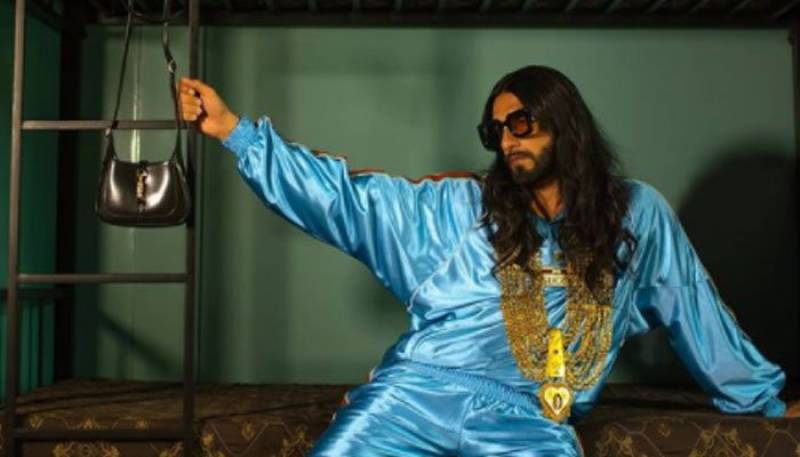 Needless to say, the Padmavat star's portraits ooze Italian flamboyance as he dresses up in signature Gucci. The fashion police are on his case as the meme brigade flood the internet with hilarious renditions.

Soon after the pictures were out, the internet got divided with some lauding Singh's quirky wardrobe choices and others who were left dumbfounded over the absurdity of his look.

*Me reserving seat for my Frnds in General compartment*????#RanveerSingh pic.twitter.com/Q5jeNxy7JL

#JaredLeto is a fine actor & a beautiful looking man, #RanveerSingh is an average actor and an ugly looking man.

On the work front, Ranveer has multiple projects in the pipeline with upcoming films 83, Jayeshbhai Jordaar and Cirkus.

KARACHI – The 'Pawri Hori Hai' trend has literally taken over the internet and turns the internet into a frenzy ...