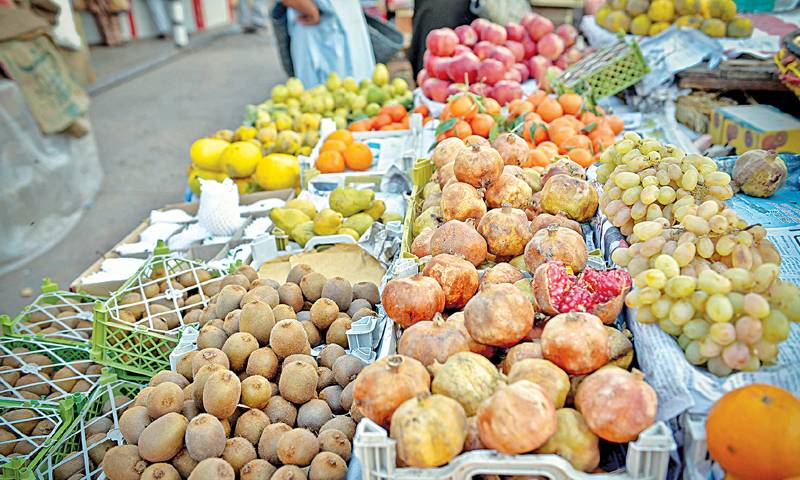 LAHORE - In an effort to regulate the rapidly rising prices of fruit, citizens all over the country have called for a three-day boycott of fruit vendors from June 2 to June 4.

The campaign that initially started on WhatsApp now seems to have gained momentum after a large number of people started sharing the posts related to the boycott of costly fruits on facebook and Twitter. 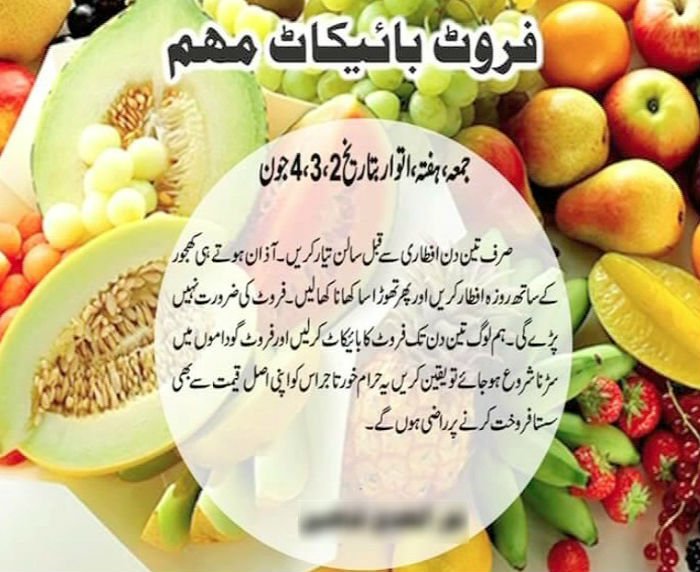 In a chain-text campaign that started Wednesday, Pakistanis are advising each other not to buy fruit on the given dates so that sellers are forced to sell at reasonable rates.

"[The] boycott will dent the seller [as their] weekend premium price sales will be affected," the text message read. 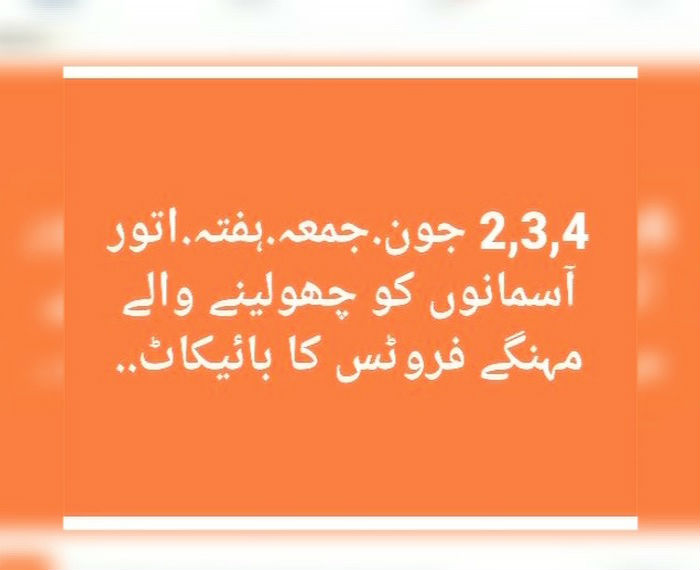 “This cruelty will continue in every Ramzan to come, if we, the people, don’t stand united and take part in this Jihad,” read a post on Twitter. 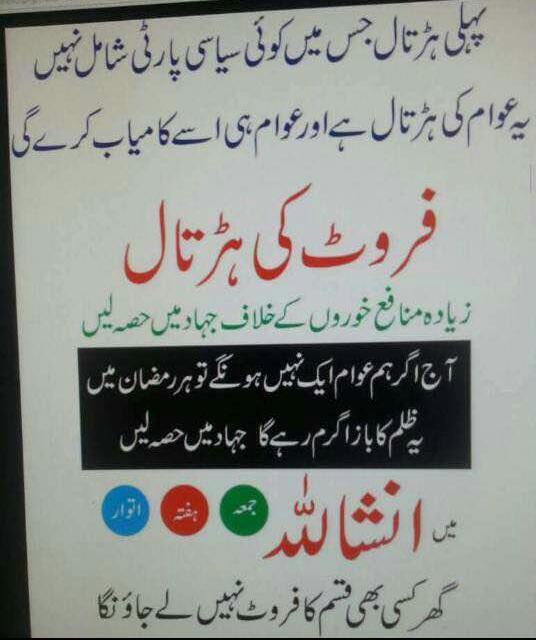 "It may sound tough, but only you, as consumers, can force the seller to revise fruit prices," it added.

The last line of the message read: "Not every thing is the government's job, you too have a duty towards society and your fellow countrymen. Make wise choices and be active part of the campaign."

The campaign has now picked up and a number of people are talking about the initiative on Facebook and Twitter.