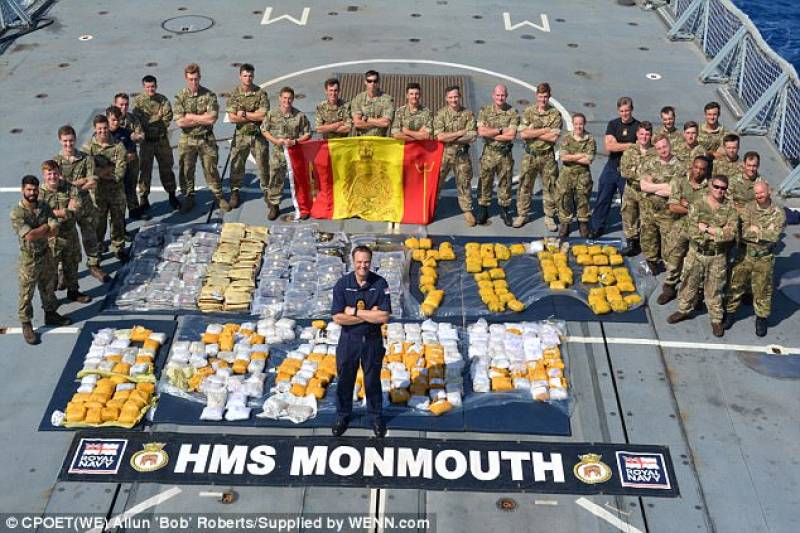 LONDON - A Royal Navy frigate foiled a major attempt to smuggle cannabis and heroin worth £65million through an Indian fishing boat.

Sailors and Royal Marines from Plymouth-based HMS Monmouth carried out action in Indian ocean and recovered 445 kilogramme of cannabis and 266kg of heroin concealed beneath tonnes of ice during 60-hour long search of the vessel.

The Daily Mail quoted HMS Monmouth's commanding officer Commander Ian Feasey as saying,"'Such a substantial seizure of drugs will deal a significant blow to the international narcotics trade, which is known to provide funding for terrorist organisations". 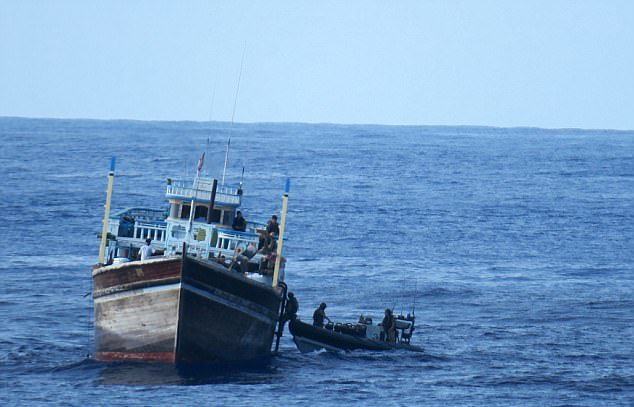 Appreciating the diligence and professionalism of his boarding team, Feasey said that he was extremely proud of his officers who busted major attempt in such arduous condition.

Lieutenant Alison Ross, one of HMS Monmouth's boarding officers, said that after a long search amid suspicious behaviour of the vessel's crew, the officials successfully found the huge haul of drugs. 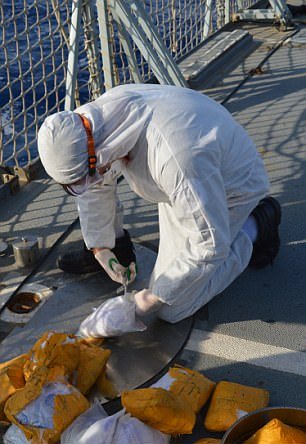 HMS Monmouth will now continue its patrols of the Indian Ocean as part of Combined Task Force 150 (CTF150) to foil terrorist and smuggling activities.