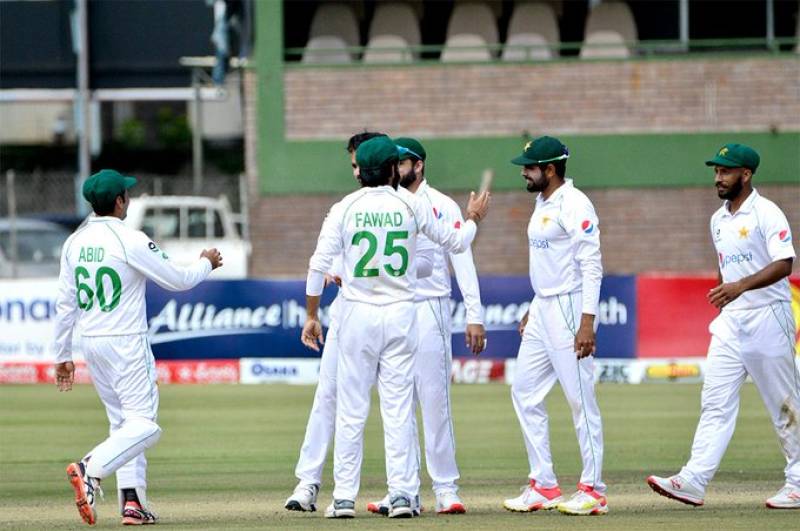 HARARE - Pakistan have thrashed Zimbabwe by an innings and 116 runs in first Test in Harare on Saturday.

Pakistan bowled Zimbabwe out for 134 to register the win. Pakistan leads the two-match series by 1-0.

Pakistan bowl Zimbabwe out for 134 to register a win in the first Test by an innings and 116 runs.

Hasan, who also moved past Test wickets in the match, claimed five wickets in the second innings helping Pakistan to restrict hosts to 134. He had taken four wickets for 53 runs during the home side's first-innings score of 176.

Hasan Ali has been declared player of the match as he took total nine wickets.

The second and final Test will be played at the same venue from Friday.