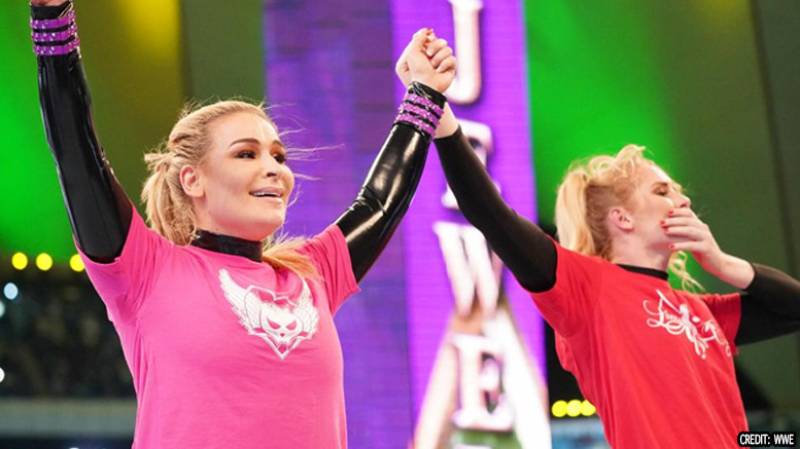 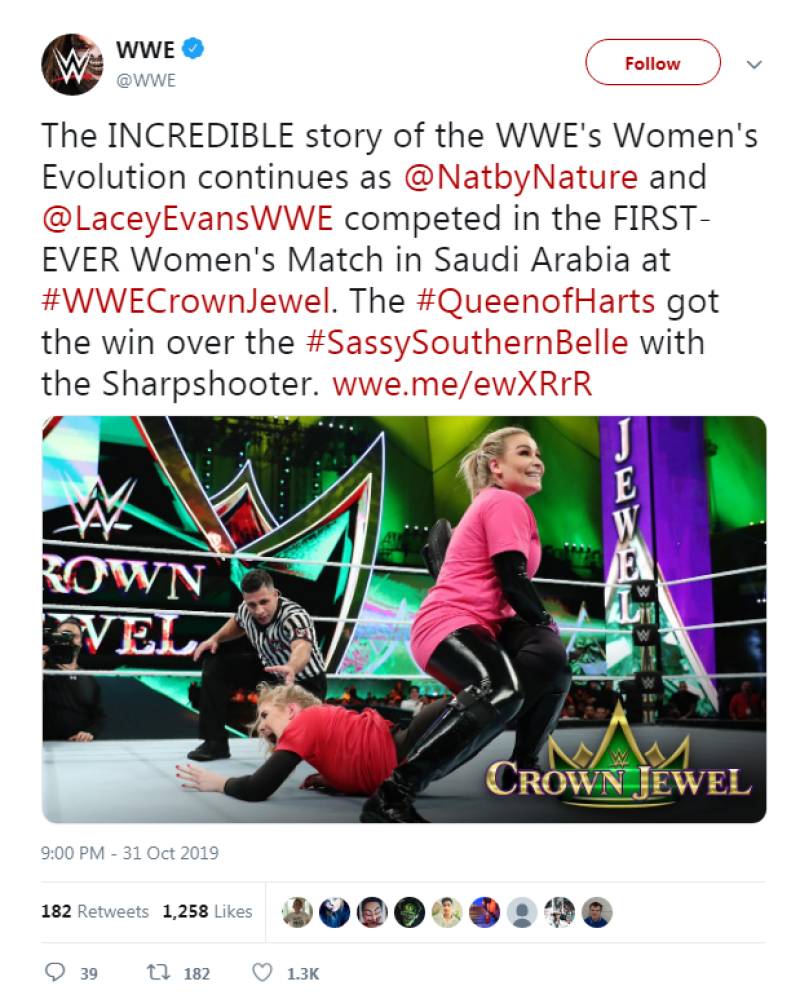 RIYADH - Natalya Neidhart and Lacey Evans became the first female WWE superstars to compete in Saudi Arabia. Their fight at the WWE Crown Jewel 2019 in Riyadh was the first-ever female bout in the kingdom.

Evans and Neidhart both wore T-shirts over their wrestling attire for cultural reasons. The latter won the fight via submission.

To my daughter, to daughters all over the world.❤ @natbynature @WWE #WeCanDoIt #WWECrownJewel #ThankYou pic.twitter.com/7CyCvrGcB1

WWE’s female talent has not been able to perform in the Saudi Arabia events in the past. In 2018, Saudi officials had to issue an apology for airing footage of female WWE superstars wearing ‘indecent attire’ during an event.

The videos of the superstars wearing tank tops were aired during the event “Greatest Royal Rumble”.

In other matches, Bray Wyatt beat Seth Rollins to become the Universal Champion while Brock Lesnar retained the WWE Championship by making Cain Velasquez tap out. Humberto Carrillo lost his fight for the United States Championship to AJ Styles.