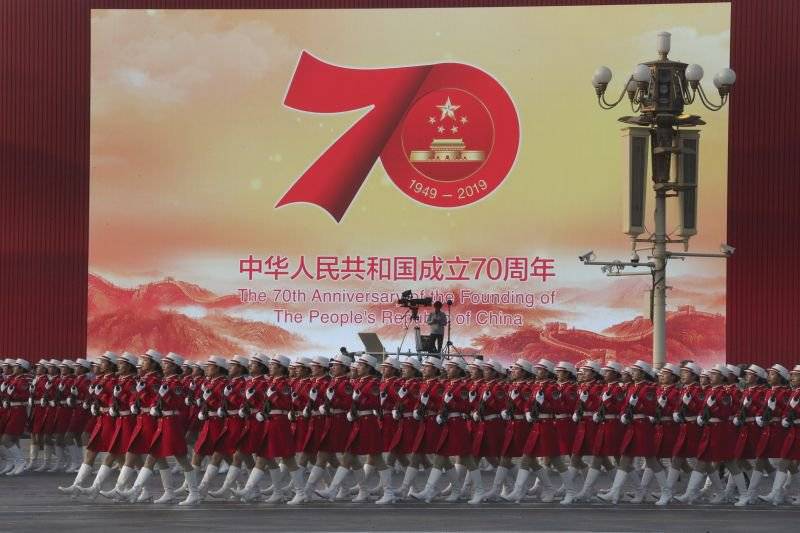 BEINJING - The 70th anniversary of the founding of the People's Republic of China is being celebrated today (Tuesday).

The Communist state of the People's Republic of China was established as a revolutionary state on this day in 1949 under the leadership of Mao Zedong.

The main feature of the day grand military parade at Qianziwen Square held in Beijing which was addressed by the President Xi Jinping, who is also the chairman of China's Central Military Commission, the Radio Pakistan reported.

On the occasion Xi said on state television that the country’s military should resolutely safeguard China’s sovereignty, security, and development interests, and firmly uphold world peace.

“No force can ever shake the status of China, or stop the Chinese people and nation from marching forward,” Xi said fom the Gate of Heavenly Peace, where Mao Zedong proclaimed the founding of the People’s Republic of China on this day in 1949.