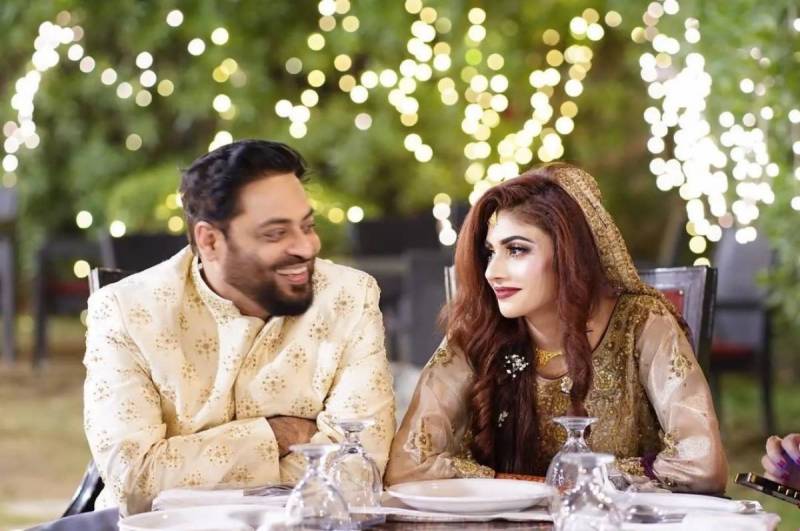 KARACHI – Months after the death of controversial trailblazing TV host and politician Aamir Liaquat, his teenage wife Dania has moved the Supreme Court to seek exhumation and autopsy of Aamir's body to find the cause of his mysterious death.

The 18-year-old approached the apex court for the exhumation of the body after Sindh High Court trashed an application challenging an order of a sessions court against the exhumation and autopsy of a former ruling party leader.

The family of the self-declared religious scholar earlier refused to allow a post-mortem examination to determine his cause of death.

In her application, Dania prayed before the court to quash the Sindh High Court’s ruling and order the exhumation and autopsy of her deceased husband.

Additional Sessions Judge, Magistrate, and Secretary Health Sindh have been nominated as parties in the plea that maintained that Sindh High Court’s ruling opposed regulations and evidence and facts need to be properly probed.

Dania, while opening up about the inheritance dispute, said Aamir’s former wife and children inherited the property and assets, despite he gave them their due share in his lifetime.

Shah earlier filed for divorce in May, accusing Aamir of domestic abuse and being a drug addict, however, she is now seeking legal interference to rule out any chance of foul play in Aamir’s sudden death.

Back in June, Advocate Zia Awan, who represented Aamir’s family, argued that Dania approached a local court in Bahawalpur for separation, whereas Aamir also parted ways with her before his death.

The cause of death of the Aalim Online host was never confirmed as he was found unconscious at his home in Karachi after which he was rushed to a hospital and pronounced dead.

KARACHI – A petition has been filed against Dania Shah, widow of Pakistani televangelist and politician Aamir ...

Aamir was depressed before his death and announced to leave his homeland but he never got the chance. Earlier, his nude clips surfaced where he is shown sitting taking drugs.

Soon after his death, a senior police official of the port city said that initial reports showed no foul play.

Dr Aamir Liaquat Hussain's untimely death left shockwaves across the country and caused a plethora of suspicions around ...