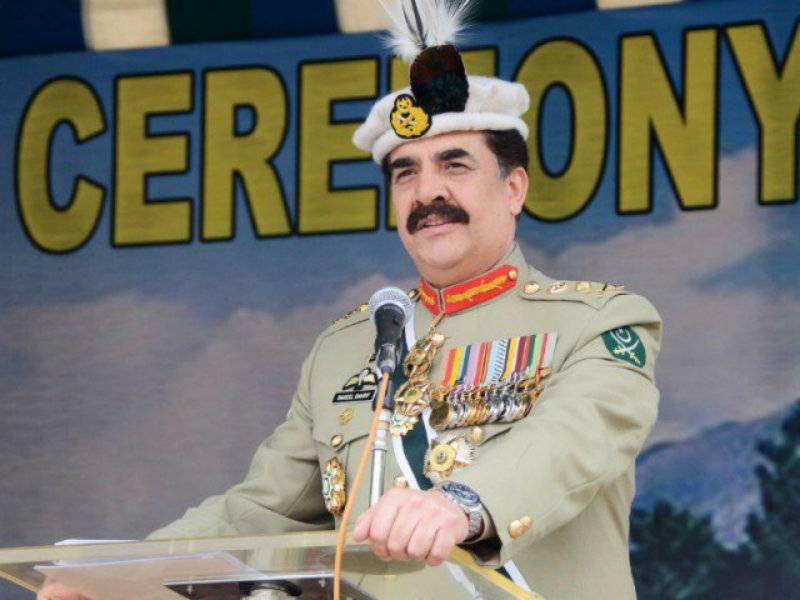 GILGIT - Chief of Army Staff General Raheel Sharif has said all the country’s borders are secured, sending a clear message to India which has been badly exposed for carrying out subversive activities in restive Balochistan province.

Addressing the China-Pakistan Economic Corridor (CPEC) conference in Gilgit on Thursday, the army chief vowed to break the nexus between corruption and terrorism.

Gen Raheel said that he completely understood the nefarious designs of Pakistan’s enemies - whether it is Modi (India PM), RAW (Indian spy agency), or any other” - and added that Pak-Army was prepared to defend its borders.

"CPEC will be completely safe, from Rawalpindi to Khanjrab", he further announced.

General Raheel Sharif also said that corruption would be eradicated from Pakistan under any condition. “We will go to any length in order to ensure CPEC s security. No matter what the world says, fact is that it is a matter of our survival," the COAS added.