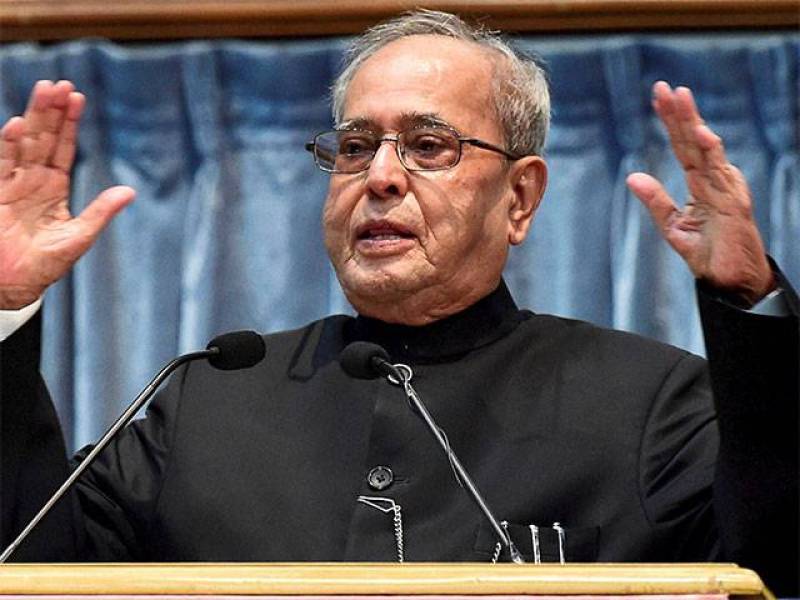 NEW DELHI – Former India president Pranab Mukherjee, a veteran powerbroker once described in leaked US diplomatic cables as "the ultimate Congress Party fixer", died Monday at the age of 84, his family said.

He died of multiple organ failure after being admitted to hospital weeks ago, having also contracted coronavirus.

With a Heavy Heart , this is to inform you that my father Shri #PranabMukherjee has just passed away inspite of the best efforts of Doctors of RR Hospital & prayers ,duas & prarthanas from people throughout India !
I thank all of You 🙏

The Bengal-origin politician was a protege of former premier Indira Gandhi and was a member of her cabinet when she suspended democratic rights in the infamous "Emergency" of 1975-77.

Mukherjee's star waned after Gandhi's assassination in 1984 when he was a rival to her son and heir Rajiv Gandhi for leadership of the Congress party.

He briefly broke away from Congress, but after Rajiv Gandhi was killed in 1991 his political fortunes revived.

He became Prime Minister Manmohan Singh's right-hand-man during his decade in power from 2004-14, serving as defence, foreign and finance minister, winning a cross-party reputation as a skilled negotiator.

However, Mukherjee's performance as finance minister was criticised for his failure to push through economic liberalisation measures.

In 2012 he moved away from active politics and assumed the largely ceremonial role of president, serving a five-year term until 2017.

India grieves the passing away of Bharat Ratna Shri Pranab Mukherjee. He has left an indelible mark on the development trajectory of our nation. A scholar par excellence, a towering statesman, he was admired across the political spectrum and by all sections of society. pic.twitter.com/gz6rwQbxi6

"A scholar par excellence, a towering statesman, he was admired across the political spectrum," Modi said on Twitter.