Nick Jonas to be the new Batman? Here's how Twitter is reacting to it 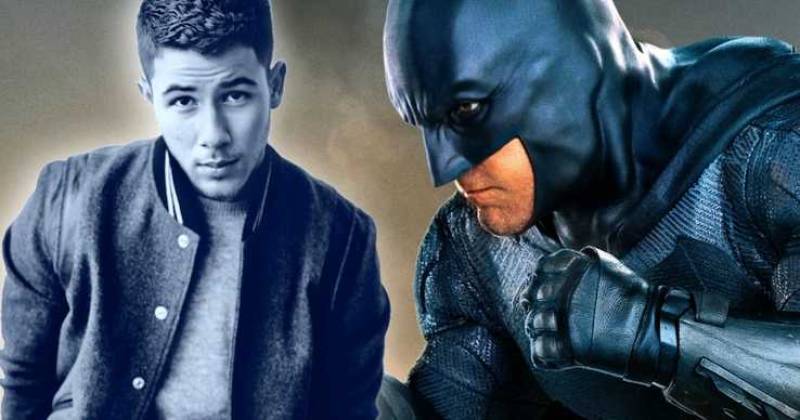 NEW YORK -  Hollywood is in search of a new Batman after Ben Affleck shared that he is stepping down as the black-caped  superhero.

Following the news, many people have taken to the internet to suggest who they think should sport the cape and cowl in director Matt Reeves’ upcoming DC Comics adaptation. There have already been plenty of names thrown out there, including Jake Gyllenhaal and Michael B Jordan, and now singer Nick Jonas is making his interest known.

As, soon as Nick gave a hint of doing the role of Batman, People started reacting to it on social media forums.

Most people were shocked and seemed not to be in favor of Nick Jonas playing the role of Batman.  Here are mix reactions by Twitterati:

Nick Jonas has already put his name in there and if Bieber too by any chance does the same, we will know the end is near. #Batman pic.twitter.com/Iv61AMN2tk

I care nothing for boy films tbh pffffttttrr but Pretty sure his more successful wife who isn’t a con artist lobbyed for him. Yeah I’m salty today don’t mess up https://t.co/unEnYVO4SR

So @nickjonas wants to be the next batman. I'm psyched for it. A singing batman will be hilarious#Batman #nickjonas

Earlier, Ben Affleck was supposed to write, direct and star in The Batman. He stepped down from his directing responsibilities, following which rumors about him getting replaced as Batsman started circulating.

On the other hand, Nick Jonas was last spotted in 2017’s Jumanji: Welcome to the Jungle and was a regular on the TV show Kingdom from 2014 to 2017. He also starred in 2016’s dark indie movie Goat, about the dangers of frat hazing, and Ryan Murphy’s Scream Queens for five episodes in 2015.