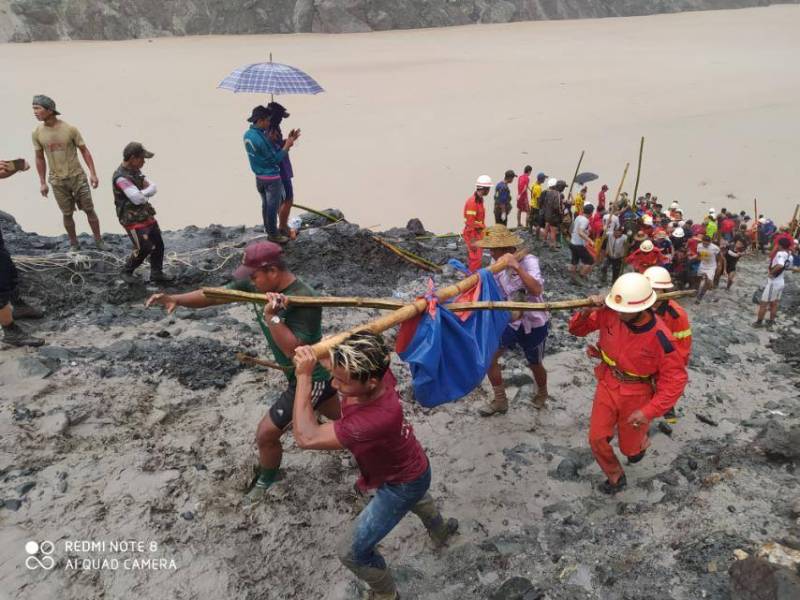 NAYPYITAW – The battered bodies of more than 120 jade miners were pulled from a sea of mud after a landslide in northern Myanmar on Thursday.

According to an information ministry official, the miners were collecting stones at a jade mine at Hpakant area of Kachin state when a muddy wave caused by heavy rain buried them.

Scores "were smothered by a wave of mud," the Myanmar Fire Services Department said in a Facebook post.

Working throughout the day to pull bodies out, "the total death toll so far is 126," it said.

The open-cast mines are located close to the Chinese border in Kachin state. Myanmar is one of the world's biggest sources of jadeite and the industry is largely driven by insatiable demand for the translucent green gem from neighbouring China.

Landslides in the area are common, especially during Myanmar's notoriously severe monsoon season, and a major slip in November 2015 left more than 100 dead.