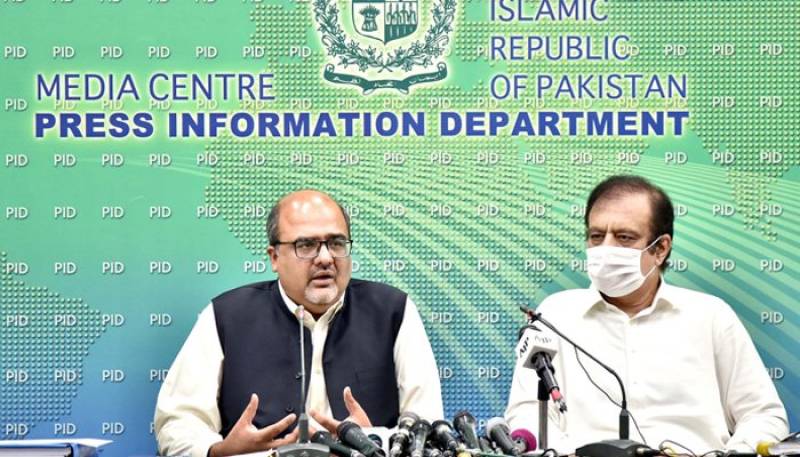 ISLAMABAD – Special Assistant to the Prime Minister (SAPM) on Accountability Barrister Shahzad Akbar Thursday said the Civil Aviation Authority (CAA) would complete the scrutiny process of suspected pilots and verification of the credentials of other aviation staff in a few days.

There would be no compromise on the safety of air passengers and that was why the verification process of pilots’ credentials would be completed at all costs, he said addressing a news conference here flanked with Minister for Information and Broadcasting Senator Shibli Faraz, and Minister for Ports and Shipping Ali Zaidi, he vowed.

He said the Civil Aviation Authority (CAA) was working round the clock to complete the scrutiny of pilots, engineers, and others by Friday or Saturday.

The SAPM said the internal accountability of institutions was also underway as it was most essential for the facilitation and safety of the people.

The cases of 28 pilots, having dubious flying licences, had been referred to the Federal Cabinet for their termination, he said, adding that irregularities committed in the institutions in the past could not be allowed to continue.

Referring to former prime minister Shahid Khaqan Abbasi, he said it was the conflict of interests in his case that he enjoyed dual positions at the same time – the chief executive of the county and the head of a private airline.

He said the Pakistan International Airlines (PIA) had been ruined during the last 10 years whereas the personal businesses of the then rulers thrived.

The regulators had compromised their authority and standards deliberately to give a boost to the private businesses of the rulers of that time, he added.

Shahzad Akbar said in 2018, the chief executive officer (CEO) of Airblue was summoned by the quarters concerned to inquire about the irregularities committed in the aviation sector.

Regarding ban on the flight operation of Pakistan International Airlines in Europe and the United Kingdom, he said the government would take up the matter with the authorities concerned to review the decision.

To a question, he said Shahid Khaqan Abbasi had not yet responded his query of doling out Rs 20 billion subsidies to the sugar mafia during his tenure