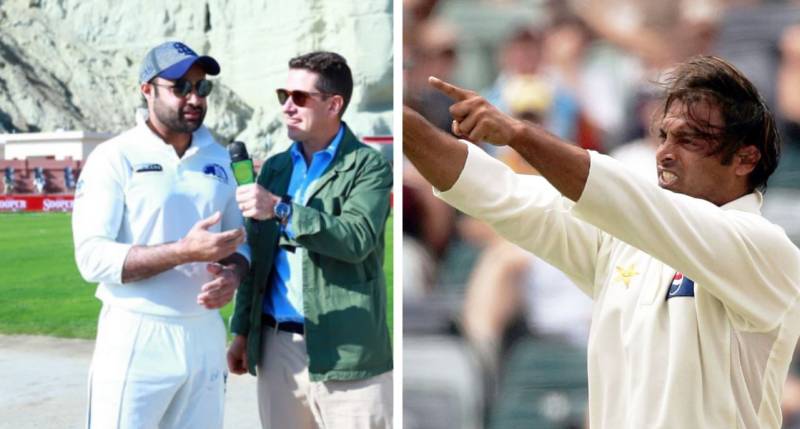 Cricketer turned analyst initially challenged Pakistani famous host and actor, Fahad Mustafa to face him for an over and also announced to gift him a motorbike – if survived.

The Actor in Law seemed afraid to face the world’s fastest bowler in the history of international cricket as he did not take up the challenge while former PM’s aide certainly did.

PM’s close friend, while responding to Akhtar’s tweet, wrote he’s ready to face the fastest bowler in the world. Both seemed confident as first Bukhari pledged to donate a bike for every ball he misses.

Akhtar, known for his outspoken behavior, also appeared to be certain as he also pledged to donate a bike on every ball Bukhari manages to touch but with the bat only. The right-arm pacer also sounds inquisitive as he asked ‘When is this challenge to be met?’

Check out the whole banter between the two:

Yes buddy all good 🙂 I am serious, every ball I miss, I will donate a bike. https://t.co/DGcnJJH1CX

Wow. This is getting serious.
Asi baat hai?
Toh phir @sayedzbukhari, i will donate a bike on every ball you're able to touch with a bat.
What say? Kab kerna hai https://t.co/vKF2YJXDvW

On the other hand, Bukhari has also returned to Pakistan and offered himself for accountability as he has been named in an inquiry into the Rawalpindi Ring Road scam.

ISLAMABAD - Special Assistant to PM on Overseas Pakistanis Syed Zulfiqar Ali Bukhari has announced to resign from his ...

Speaking with a news channel at Lahore Airport, he said he would appear before any inquiry team if summoned in order to prove his innocence.