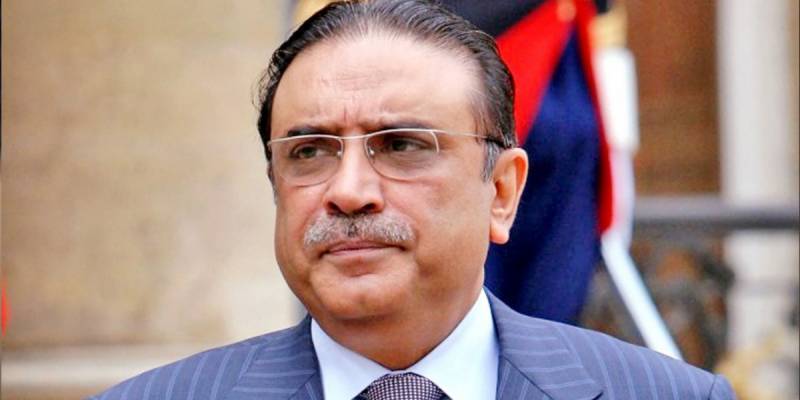 KARACHI – PPP co-chairman Asif Ali Zardar has asked party workers to hold protest across the country against PTI chairman Imran Khan’s statement in which he had warned that Pakistan will split into three parts if right decision are not taken by the establishment.

In an interview with a private television channel, Imran Khan told hold: “If the establishment does not make the right decision, then I assure you that they will be destroyed, and the armed forces will be the first ones to be destroyed".

He explained that international powers will ask for denuclearisation of Pakistan once it defaults as it happened with Ukraine in 1990s.

The statement of the PTI chief drew criticism from political leaders with Asif Zardari stating that the language used by Imran Khan is not of a Pakistani citizen but of Indian Prime Minister Narendra Modi as no patriot could take of splitting Pakistan into pieces.

The PPP co-chairman said no power can divide Pakistan into pieces, adding: “Pakistan will exist till the day of judgement".

PML-N leader Talal Chaudhry also denounced the PTI chief’s remarks and said "only a mentally ill” person could give such statements.

Recalling Imran Khan’s previous statements of dropping nuclear bomb on Pakistan and calls for civil disobedience movement, the PML-N leader said that action must be taken against the PTI chairman.

The Supreme Court of Pakistan, he said, has sought reports regarding the violation of its order by the PTI leaders in Azadi March. He hoped that institutions will also play their role against him.

Pakistan Democratic Movement (PDM) spokesperson Hafiz Hamdullah also condemned Imran Khan for his statement and said: “Not Pakistan, but PTI itself will break into pieces”. He also termed the PTI chief an agent of Pakistan’s enemy.