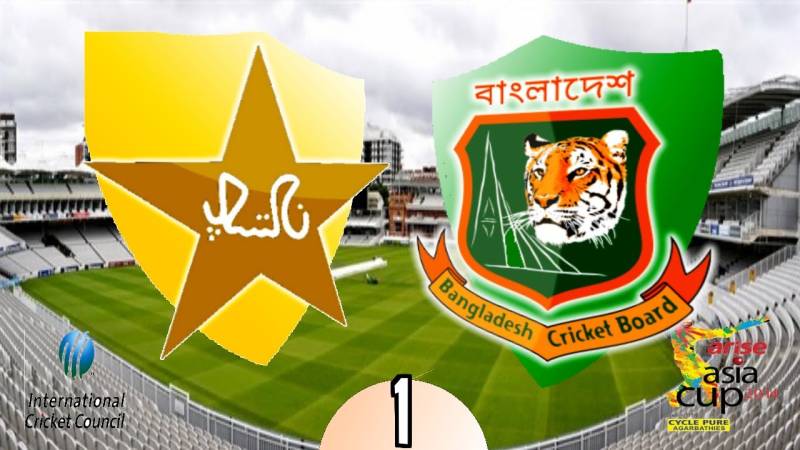 MIRPUR (Staff Report) – Pakistan will Wednesday (today) face off Bangladesh in the eighth match of main round of 2016 Asia Cup at Sher-e-Bangla Cricket Stadium in Mirpur, Bangladesh.

According to the points table, India is number won with six points and followed by Bangladesh  which has won two games at the mega event. Pakistana and Sri Lanka each have two points with one match won each. UAE has not won any game at the event.

As many as ten matches will be played between five participant teams; Pakistan, India, Bangladesh, Sri Lanka, United Arab Emirates; in the main round. Two top teams will play final match on March 6 at Sher-e-Bangla Cricket Stadium, Mirpur.

Earlier United Arab Emirates qualified for the main round by remaining number one among Afghanistan, Nepal and Hong Kong in the first round.

This is the first time when Asia Cup is being played in T20 format. All of the matches will be day/night and played at Sher-e-Bangla Cricket Stadium in Mirpur, Bangladesh.