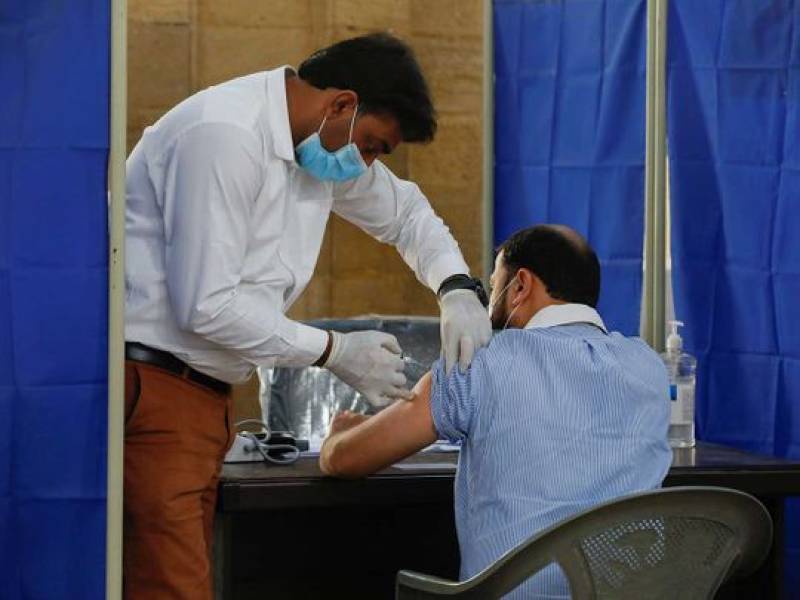 LAHORE – Two health workers of Mayo Hospital have tested positive for novel Covid-19 after receiving the first dose of the Chinese Sinopharm vaccine.

A staff member and his wife tested positive three weeks after receiving a Chinese jab. The positive testing created worries about the re-exposure of the novel virus.

Speaking to a news outlet, health worker, Bhatti, said we were among the first seven employees of the Mayo Hospital Lahore finalised for the vaccination. I’m a supervisor and appointed to look after treatment for Covid-19 patients and I am also assigned to shift bodies of the Covid-19 victims, he added.

Telling further about the details, he mentioned as I planned to get my second dose on Feb 25, I felt fever with other mild symptoms. The doctors who examined me suggested undergoing a Covid-19 test. He further narrated that the reports issued on Feb 28 showed my sample positive for the novel disease.

ISLAMABAD – Federal Minister for Planning and Development Asad Omar on Tuesday said that the campaign for ...

My wife, Ismat, had also contracted the virus on the same day and she got serious two days ago and later shifted to the emergency ward of the Mayo Hospital where she remained under treatment, he added.

Chinese vaccine Sinopharm has announced on December 30 that phase three trials of the vaccine showed that it was 79 percent effective.

RAWALPINDI – Pakistan military is the first foreign military to receive vaccine assistance from the ...