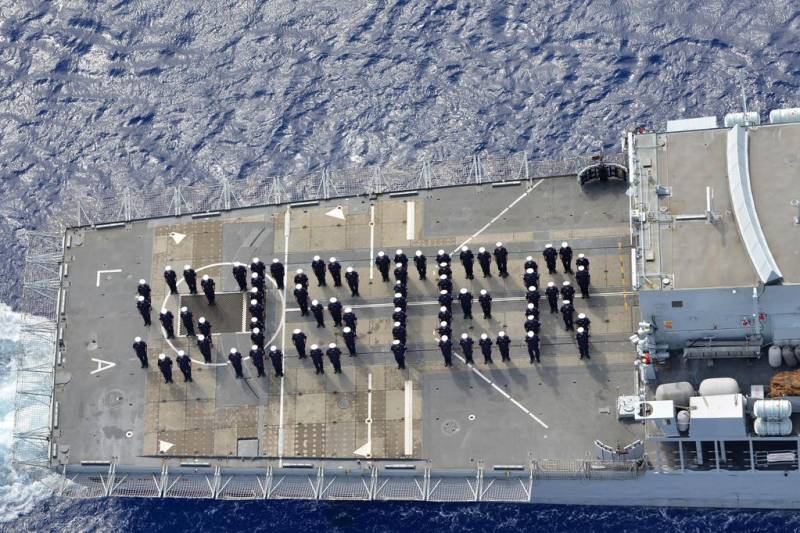 LONDON (Web Desk) – Every segment of the world has welcomed the Royal baby in their way but the Royal Navy’s HMS Lancaster crew greeted the baby girl in quite a different way.

The crew of the ship, which is also known as Queen’s Frigate, made human sign of ‘sister’ and published the picture on their official twitter account.

HMS Lancaster, known as the ‘Queen’s Frigate’, sent a message of congratulations to @KensingtonRoyal on the new birth pic.twitter.com/gBPY85Atp0