Katas Raj: Everything free for Pakistan’s ‘eco-terrorists’ at Kahoon Valley 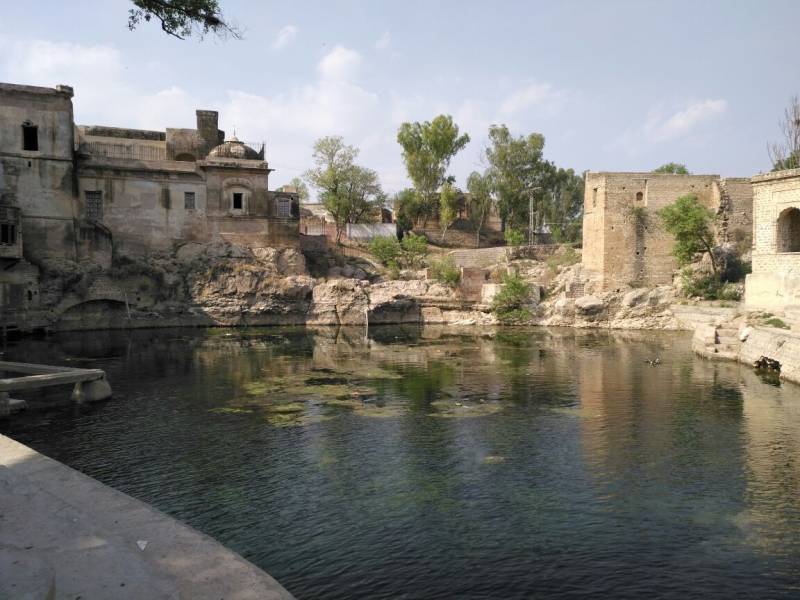 LAHORE - Although water scarcity is among the main problems being faced by many big cities of Pakistan, the residents of Chakwal’s Kahoon Valley have suffered the most at the hands of “eco-terrorists” in the South Asian country during the last decade.

Excessive extraction of water by four cement factories around the historic Katas Raj temples - considered the second-most sacred worship place for Hindus - changed everything for the valley's people a few years after establishment of cement factories in 2012.

According to a Hindu legend, Lord Shiva cried on the death of his wife Sati and his tear formed Katas Raj pond. Temples of Shiva, Ram and Hanuman were built around this pond.

Temples built at least more than a century ago are connected to one another by walkways. The name of the temple complex, located near Kallar Kahar, is derived from the Sanskrit word ‘kataksha’ which means ‘tearful eyes’ and every spring and autumn, Hindu pilgrims from Pakistan and India visit the pond to bathe and ‘wash off their sins’. 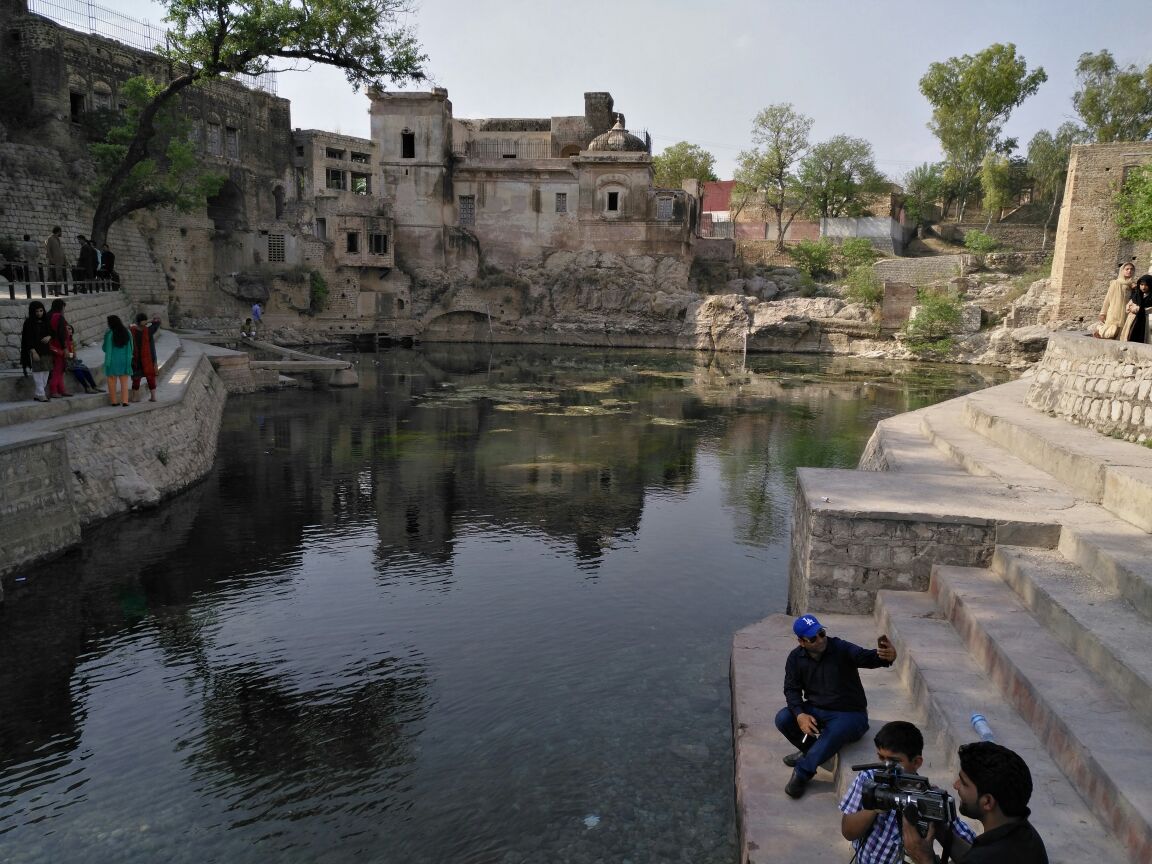 A Punjab government survey report states that the locals were using 50 cubic feet (about 374 gallons) every day while these four factories – DG Cement and Bestway Cement (plant 1, 2 and 3) – were extracting more than 150 cubic feet (about 1122 gallons). This caused a sudden drop in underground water level: first depleting the Shallow layer and then drying up the Deep layer.

Experts say water depth in the area before setting up cement factories was 120 feet and now it is more than 400 feet.

As the issue of water extraction by cement factories gained attention due to significance of natural spring for Hindus, the Punjab government started pumping water in the dried pond spreading over 2.5 kanals, with at least eight feet depth.

But the area’s Hindu community is not happy as they believe that the place is sacred.

“Excessive water extraction by cement factories has depleted the pond. This water is not pavitar (holy) for us as it is not coming out of springs and the pond is being filled through alternative source, nearby coal mine,” said Ravindar Kumar Chibbar, Member District Council who is a member of the only Hindu family living in Krriala, Chakwal.

“This is not tears of Shiva. We want concrete measures for revival of the pond to its original shape,” he added. 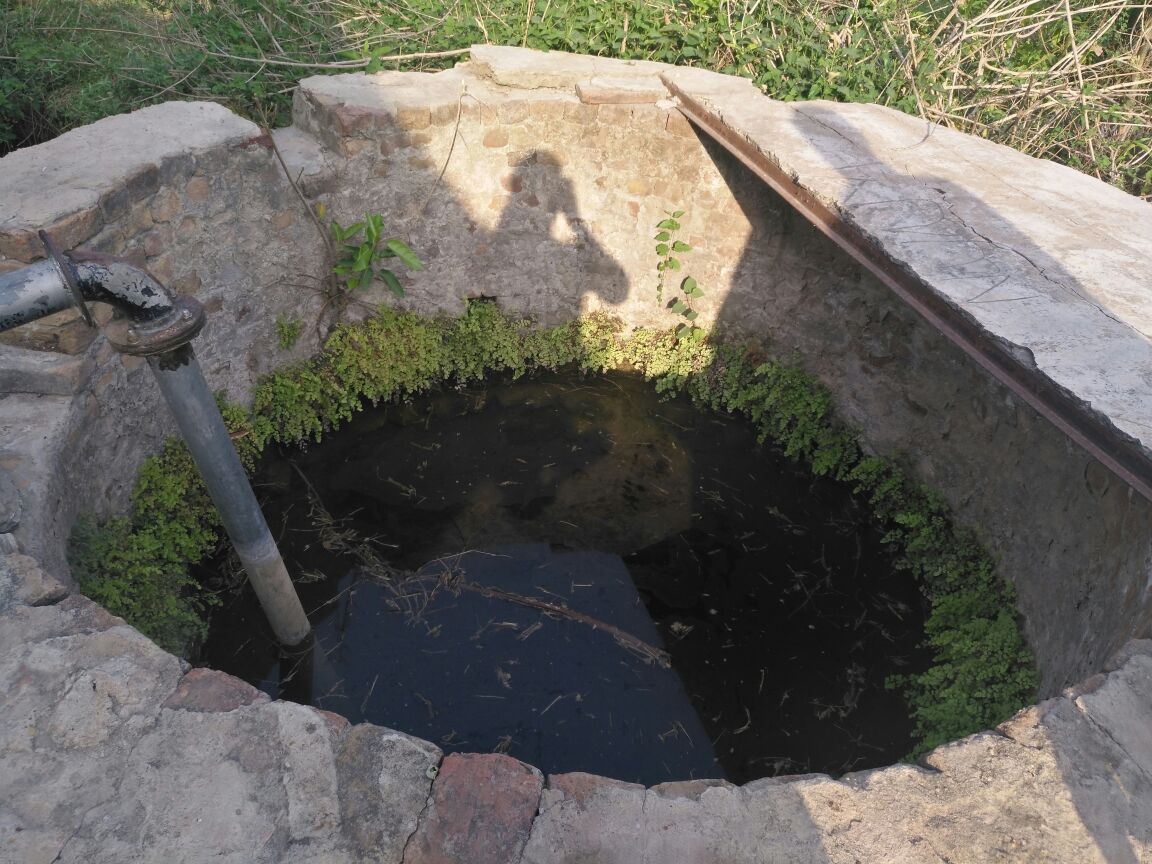 The area around Katas Raj Temple is full of minerals like limestone, gypsum, coal and salt.

From green pastures to barren land

The area from Kallar Kahar to Choa Saida Shah, spanning over 27 kilometers, has a population of 350,000, mostly herders and cultivators.

Coupled with poverty, the water scarcity has left people with no option except to purchase 1,000 gallons water tanker which cost Rs1,000 and only lasts for 2-3 days.

People are also forced to buy wheat and milk as their pastures were encroached for quarrying and building access roads. Even drinking water is not available in the area.

Locals have also complained about the rise in diseases due to excessive air pollution, losing grazing areas for cattle, contamination of ponds, developing cracks in roofs and walls of houses due to blasting for extraction of limestone and decrease in crop yield.

Besides that, the locals are facing the hazards of one cement factory using garbage as fuel which creates breathing issues.

Many of the children in the area are suffering from Asthma and skin allergy due to excessive air pollution.

Moreover, at least 2-3 blasts are carried out by cement factories in a week to extract limestone, making cracks in various homes.

Even as the officials assert there is no water shortage as pond is being regularly filled through alternative source, the long term solution is stopping cement plants from extracting groundwater.

According to the deputy commissioner of Chakwal, Dr Omar Jahangir, lack of rains and excessive extraction of water by cement factories and locals have caused drop in aquifer level. 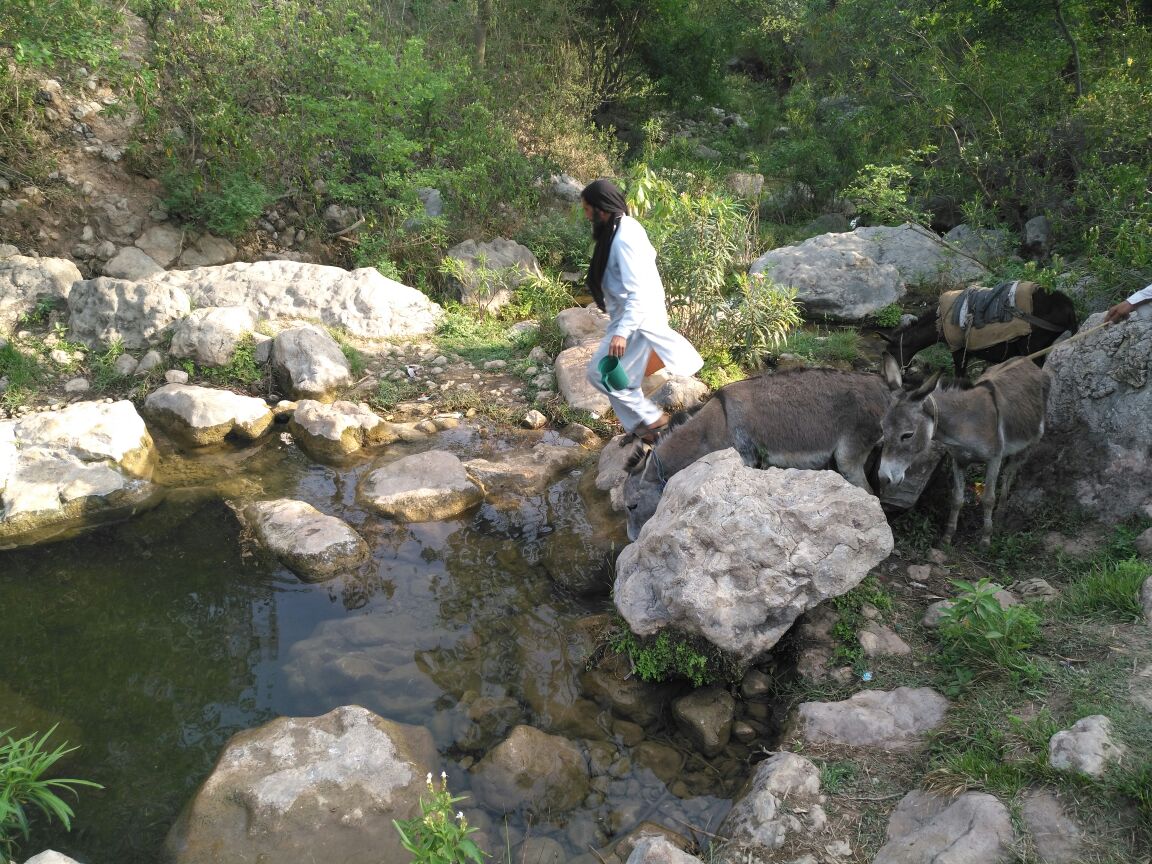 The officer, who believes the locals have the first right on groundwater, acknowledges the water consumption of factories was too high - 75 per cent of the groundwater is used by factories and remaining 25 per cent by local people.

Adding to miseries of poor people of Kahoon Valley, these factories are using the water worth billions of rupees without any payment as the country’s top court observed in a latest hearing in Katas Raj case.

The Supreme Court, which took a suo moto notice of excessive water extraction at the temple pond, has issued a two-day deadline for the factories to submit recommendations for a policy on payment of water worth billions of rupees used in the past and that to be consumed in the future.

The chief justice of Pakistan, Justice Saqib Nisar on Wednesday admonished former industries secretary Khalid Sherdil "for giving away everything for free", at which the official responded that a no-objection certificate was not a requirement when the factories were established.

The top judge, who was a heading three-member bench, also warned of closing Bestway Cement and other nearby factories causing damage to the environment by using up the area's water as well as causing air pollution.

Justice Nisar, who said factory owners must have used influence to get permission to establish cement factories in the area, vowed to visit the factories himself to examine the situation regarding pollution caused by the factories.

Another judge, during the hearing, noted that 2.5 million gallons of water were used by the factories every day. "Cement factories pulled out a sea from underground sources," remarked Justice Ijazul Ahsan.

Last year, the CJP stressed the need of protecting the temple which is “not just a place of cultural significance for the Hindu community, but also a part of our national heritage”.