Reuters, BBC reports India as one of world’s most dangerous places for women 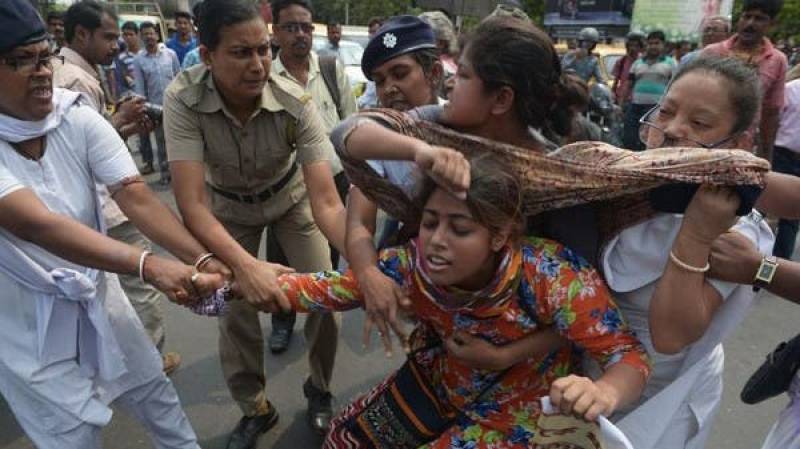 NEW DELHI - International news organization, Reuters and British Broadcasting Corporation (BBC) reported that India is one of the world’s most dangerous places for women.

In India, countrywide protests have erupted over gang rape of a Dalit woman by upper-caste Hindus in Uttar Pardesh.

On September 14, a 19-year-old girl belonging from Dalit community was gang-raped by four upper-class Hindus in Hathras district.

Meanwhile, police detained Congress party leaders Rahul Gandhi and Priyanka Gandhi as they tried to meet the family of the woman in Uttar Pardesh.

DELHI - Police in India have arrested Rahul Gandhi and his sister Priyanka Gandhi, two key leaders of the opposition ...

India is a country with a rape occurring every 15 minutes and there is no decline in crimes against women.

It is pertinent to be mentioned here that many incidents of harassment and rape attempts over foreigner women visitor women and female journalists have also occurred in India.