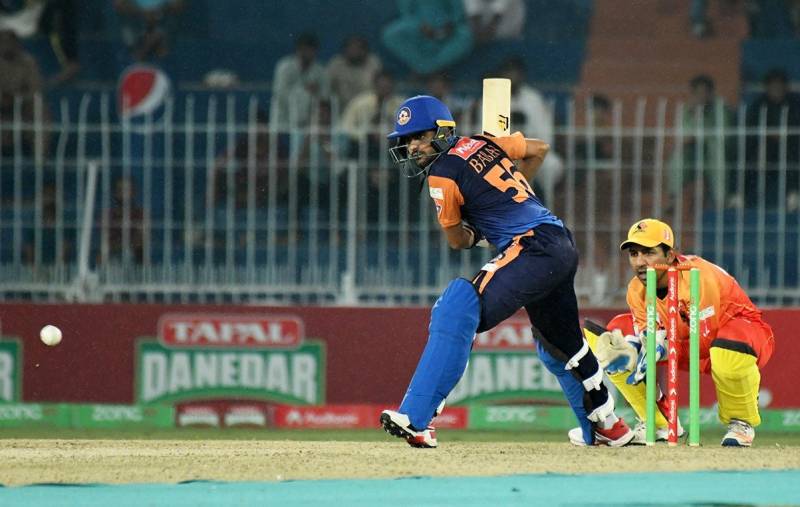 RAWALPINDI – Central Punjab bagged a three-run win via the DLS method against Sindh in the 16th match of the National T20 Cup tournament played at the Pindi Cricket Stadium, Rawalpindi on Saturday night.

Rain brought a halt with Sindh 110 for six (14.1 overs) in their 169-run chase. After the rain ended, a wet outfield forced the match to be abandoned.

Sindh had needed 59 more runs in 32 balls with four wickets in hand to win the match when rain interrupted the game. Sharjeel Khan was top scorer with 36 runs while no other player could score above 20 so far.

Earlier, CP won the toss and decided to bat first.

Ahmad Shehzad and Babar Azam scored 35 and 12, respectively, before they were sent to pavilion. Later Shoaib Akhtar played a sensation inning and thrashed unbeaten 85 off 47. No other player of Central Punjab could perform up to the mark.