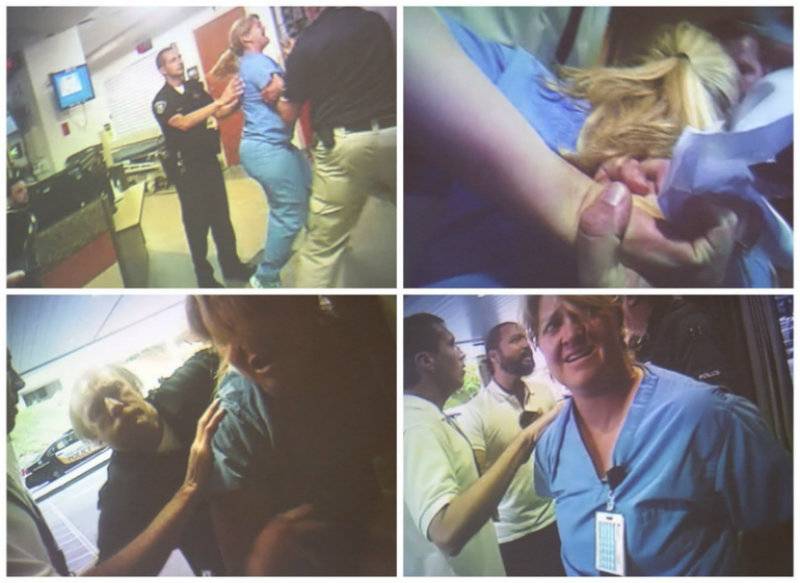 SALT LAKE CITY - A nurse in the United States was assaulted and illegally arrested by a police detective for following a hospital policy that does not allow blood draws from unconscious patients, let alone without a warrant.

Footage from University of Utah Hospital and officer body cameras shows Salt Lake Police Detective Jeff Payne and nurse Alex Wubbels in a standoff over whether the policeman should be allowed to get a blood sample from a patient who had been injured in a July 26 collision in northern Utah that left another driver dead.

Wubbels says blood cannot be taken from an unconscious patient unless the patient is under arrest, unless there is a warrant allowing the draw or unless the patient consents. The detective acknowledges in the footage that none of those requirements is in place, but he insists that he has the authority to obtain the draw, according to the footage.

At her news conference, Wubbels said her arrest amounted to "harassment" and called for better training of police officers. She said no legal action has been filed against Payne or the police department.

"I just feel betrayed, I feel angry. I feel a lot of things. And I am still confused. I'm a healthcare worker. The only job I have is to keep my patients safe. A blood draw, it just gets thrown around there like it's some simple thing. But blood is your blood. That's your property. And when a patient comes in in a critical state, that blood is extremely important and I don't take it lightly," she said.

Utah police have launched an internal investigation of Payne's actions and suspended him from the blood draw program.

"We trust that the [Salt Lake City Police Department] will quickly respond and rectify the situation," he said on Twitter.