Shahid said his country supports China's massive regional infrastructure project as economic integration was the need of the hour, the India Today reported.

Haque spoke on the economic limitations that Bangladesh faces and hence the need to build linkages even with China. "In case of Bangladesh, we realised that we are both geographically very small but we have, in order to overcome those limitations, to weave ourselves with the rest of the world. That's why economic, social and political issues remain very fundamental to our state practices irrespective of government," he said. 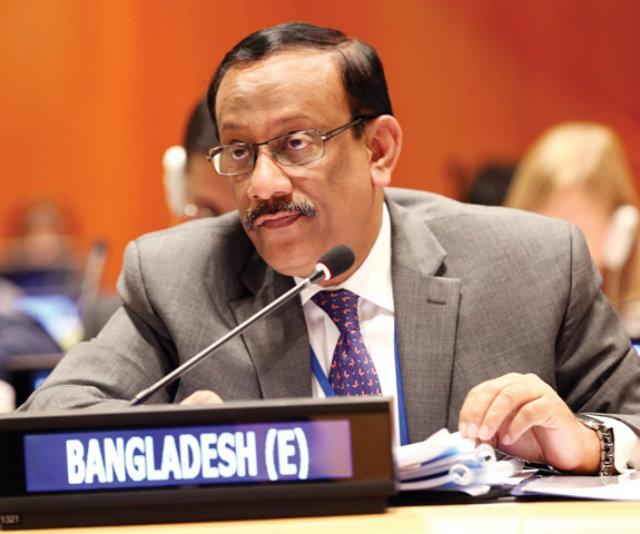 "We cannot remain link-less in the current situation. We have to go beyond. And that's what we think would eventually benefit us. We look at sovereignty and integration rather from a different angle," he added.

"We can't forget what the people want and before joining BRI we had several discussions with civil society, and it was clear, what we need is connectivity. For us as a country, what we need is quick upgradation of our infrastructure and our generation wants much more interaction and connectivity," Haque said.

WASHINGTON - The Trump administration has unearthed its resentment against the multi-billion dollar China-Pakistan ...

Bangladesh is trying to balance ties with India and China keeping its own geo-political and economic interests in mind. "Economic issues now dictate how much sovereignty one should exert," Haque said at the forum.

This is in absolute contradiction to India's stand on OBOR which it boycotted on grounds of violating India's “territorial integrity”.

The OBOR, also known as the 'Belt and Road Initiative' (BRI), envisages massive construction of road and railway connecting 65 countries of the world via a singular continuous trade corridor. Many countries have supported this initiative by China, but India views it as a strategic ploy by China to encircle it.

While the BRI has already made its way to India's west in Pakistan as well as to the north in the Azad Kashmir region, support of its immediate eastern neighbour and ally Bangladesh has added to its worries.

Nepal has already agreed to be part of BRI.