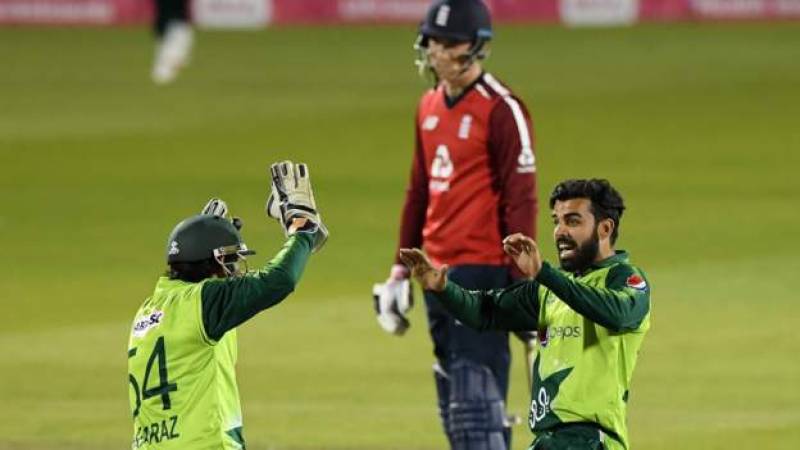 According to media details, the victory in the thrilling T-20 has leveled the three match series by 1-1.

England captain Eoin Morgan won the toss and elected to field in the third Twenty20 international against Pakistan at Old Trafford.

While batting first, Pakistani team scored 190 runs for the loss of 4 wickets in 20 overs.

He shared a stand of exactly 100 runs with 19-year-old middle-order batsman Haider Ali, who made his debut and scored 54 off 33 balls with five fours and two sixes.

While playing in response, England managed to score 185 runs for the loss of 8 wickets in the allotted overs.

Muhammad Hafeez was named as Man of the Match and Player of the Series.