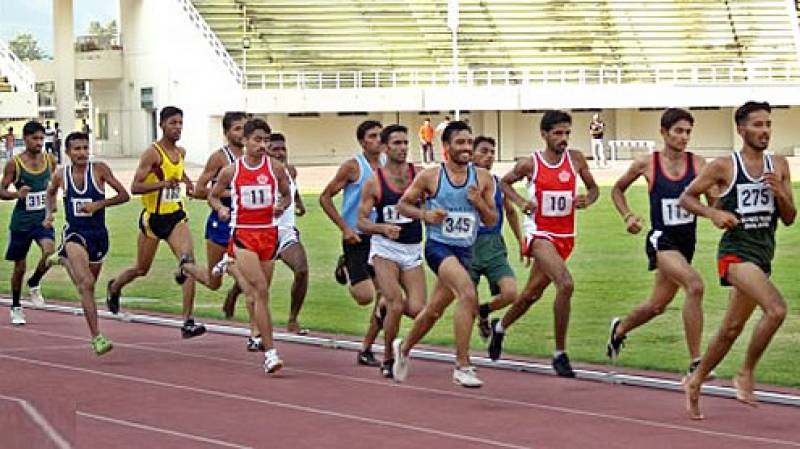 LAHORE - Athletics Federation of Pakistan (AFP) will be conducting National Athletics Championship from April 7 to 9 at Pakistan Sports Board (PSB) Coaching Centre, Karachi.

According to AFP President, Major Gen (r), Muhammad Akram Sahi, as many as 14 teams from all over the country will take part in the championship.

More than 500 athletes, male and female, will participate in the 48th National Athletics Championship.

President Sindh Athletic Association (SAA) Zahid Rizvi said that preparation for the event has been started.

Rizvi said that an electronic timer would also be installed near the tartan track and that Pakistan Sports Board (PSB) has sent a technical official to install the timer and maintain the tartan track for the event.

Pakistan Athletic Federation (PAF) wanted to organise the National Athletics Championship in Karachi, and have sent in echnical experts to maintain the condition of the track and other facilities necessary for the national athletic championship.

Rizvi further said that all departmental athletic teams would have to arrange their lodging. “We will provide lodging to regional teams only,” he said.

He said that SAA has started meetings for the formation of various committees to manage the event and facilitate the athletics.

Rizvi said that ace Pakistani athlete and qualified coach Muhammad Talib would also be involved in the championship, and he would be the chairman of the technical committee of the athletic championship.

Technical official Capt (r) Muhammad Ashraf said that cleansing of the tartan track had been started and marking and lane work on the track was going on.

He said that hammer cage, discus throw and shot put circles would also be prepared.

Ashraf said that it was a tough task to prepare the tartan track for the championship but he would complete it within the stipulated time.APP/ Agencies.