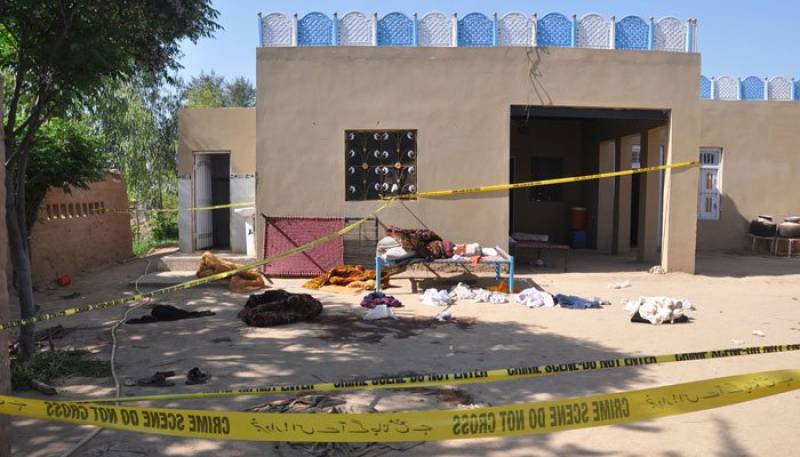 SARGODHA - The police have registered a case against Abdul Waheed, the custodian of a shrine who confessed to have killed his 20 disciples on Sunday.

It is astonishing that no one from the bereaved families has contacted the police to lodge a complaint against the accused on the brutal killing.

According to the police, the families of deceased hold Waheed in high regard despite his confession.

"The 50-year-old shrine custodian, Abdul Waheed, has confessed to have killed these people because he feared that they had come to kill him," Sargodha police chief Zulfiqar Hameed told the media on Sunday afternoon.

During the initial investigation, the custodian of Ali Mohammad Shrine, who along with his seven aides, planned and killed 20 people, told the police that he had killed those people because they had poisoned his spiritual leader Ali Muhammad to death some two years ago.

"The suspect appears to be paranoid and psychotic, or it could be related to rivalry for the control of shrine," Hameed said, adding that the investigation was continuing.

The police have arrested the custodian along with his four close associates and shifted them to an undisclosed location.

Waheed and his accomplices, wielding batons and knives, mercilessly killed the intoxicated victims after stripping them off.