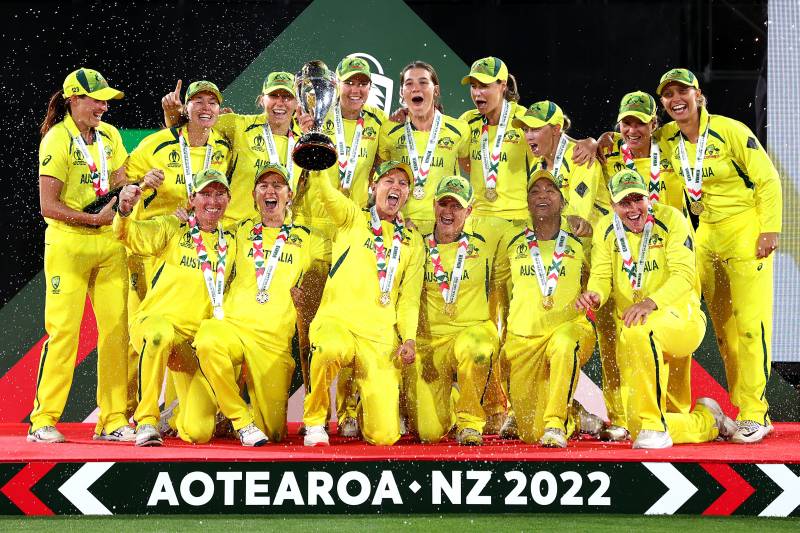 CHRISTCHURCH – Australia won the the seventh ICC Women's World Cup, beating England by 71 runs in the final in New Zealand on Sunday.

Bating first, Australia scored 356 for five in allotted 50 overs. In reply, England were all out for 285 runs in 44 overs.

Alyssa Healy of Australia who played an inning of 170 runs, was declared women of the match. She was also declared player of the World Cup.

The ICC Women's Cricket World Cup is the sport's oldest world championship, with the first tournament held in England in 1973. Matches are played as One Day Internationals over 50 overs per team.