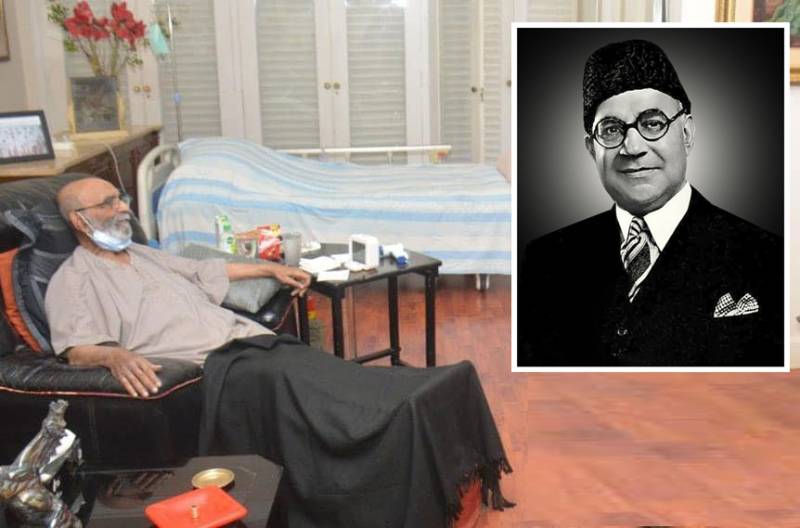 KARACHI – The government of Sindh has announced to take responsibility for all the expenses of the Akbar Liaquat Ali Khan, the son of Late Quaid-e-Millat Liaquat Ali Khan after his wife approached the provincial authorities seeking assistance for medical treatment.

The Sindh government responding to the letter of Dure Liaqat Ali Khan announced that it will bear all the expenses for the treatment of the son of the country’s first Prime Minister, Sindh Law, and Environment Adviser Barrister Murtaza Wahab announced Monday.

The PPP leader took to his official Twitter where he confirmed that the orders to this effect had been issued by Sindh Chief Minister. He also added that the Sindh government would not leave alone the family of Quaid-e-Millat.

Furthermore, Shah also directed the Sindh Chief Secretary to provide a Rs0.2 million monthly stipend to the Akbar Liaquat Ali Khan who has been going through challenging times, per reports.

Earlier, the wife of Liaquat Ali Khan’s son, in her letter to Sindh CM, mentioned that his husband is on dialysis and he has been going three times a week.

The monthly cost of dialysis comes to over 1 lac while the monthly tests, medication, Injections, and doctors' visits come to approximately cost in addition. The grieved wife of Akbar Ali Khan mentioned that the two hospital stays within the past year have cost them approximately over 1 million.

“I am writing to you with the hope that you will be able to provide some relief to my husband in his time of need, whose parents gave their lives and wealth in service to this country,” she wrote in the letter.

ALKHOBAR (Web Desk) - Oil, Iran and air bases seem to be issues of recent times. Not indeed. It was some 55 years back ...

Furthermore, President Dr. Arif Alvi on Friday visited Akbar Liaquat Ali Khan in Karachi to inquire about his health. Dr. Alvi spent some time with Khan at his residence and he also prayed for the early recovery of Liaquat Ali Khan’s son.