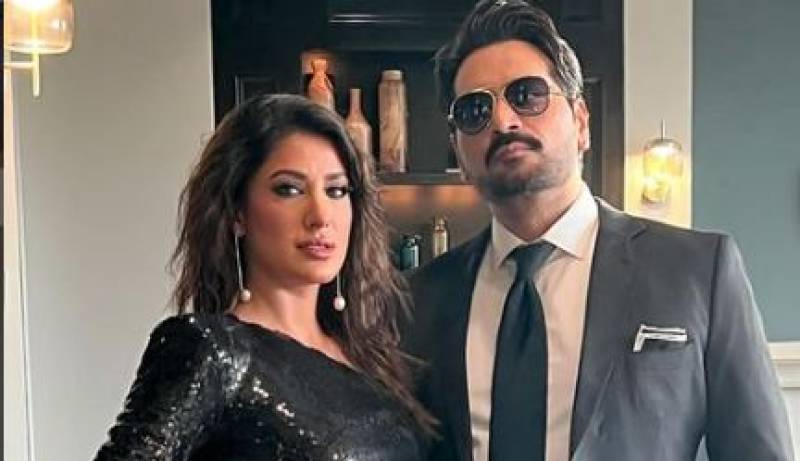 Pakistani cinema-goers love the on-screen chemistry between Mehwish Hayat and Humayun Saeed even after the actors graced the silver screen yet again in London Nahi Jaunga, a film full of romance, music and a great hook.

The reel life couple revolutionized the local cinema with their contemporary movie plots. Both actors have debuted in Hollywood as well with Hayat in Ms. Marvel and Saeed in The Crown, so for them, the progress of Pakistani cinema is crucial and important.

During an interview, Saeed said he “would love to back a project that pushes the envelope — something offbeat like [Netflix’s] Marriage Story — but right now my focus is feel-good commercial cinema because that’s the only way to get the industry back on its feet.”

The actor is focused on creating entertaining films that the masses can enjoy to help the industry regain its footing since the pandemic hit. The actor also conveyed how important it is for female-centric films to be at the forefront of the Pakistani cinema. The actor agreed on how local films should reflect the strong, self-assured women leading society in Pakistan.

Although London Nahi Jaunga is a rom-com story, most of Saeed’s projects subvert the trope of the female lead uprooting her life for a man. Saeed tends to portray characters that pursue the headstrong woman. With many successful box office ventures under his belt, Saeed wishes for the resurgence of Pakistani cinema.

The 51-year-old runs his own production company and aspires to create original movies that differ from the rom-com, dramas, and action movies that Pakistani viewers are accustomed to seeing.

Pakistani actor Humayun Saeed, who has been ruling Pakistani TV and film screens for decades, is celebrating his golden ...

Lollywood superstars Humayun Saeed, Adnan Siddiqui and Ayesha Omar have been storming the internet ever since they were ...