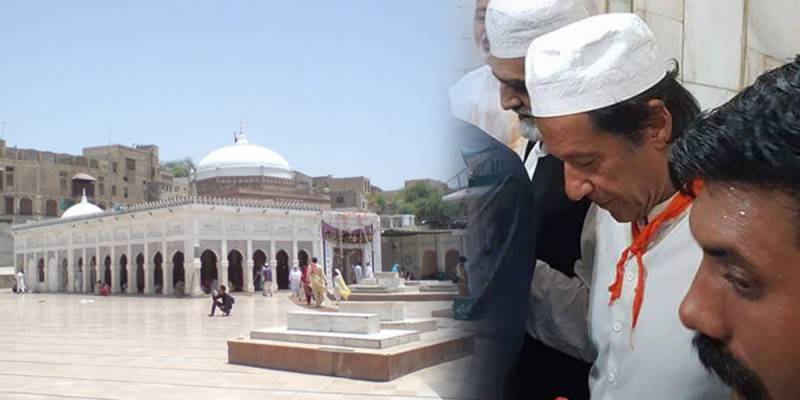 A video of a defiant politician and his aides arriving in Pakpattan to pay their respects at Baba Fariduddin Ganjshakar’s shrine went viral.

In the viral clip, the former premier walked to the shrine with a number of his 'fans' trying to take pictures with the cricketer turned politician. Dressed in black, Khan waved to the devotees and prayed briefly at the shrine.

Imran Khan at the shrine of Baba Farid a day after the ECP declared PTI took illegal foreign funds pic.twitter.com/W4a4rPZPiY

Reports in local media claimed that the PTI chief was told that Dewan Madood Masood Chishti, the caretaker of Baba Farid shrine, and his family were present inside the shrine, to which Imran chose not to enter inside the shrine.

He prayed at one of two doors that faces the north, ‘Bahishti Darwaza’ also known as ‘Gate of Paradise’.

ISLAMABAD - The Shrine visit of Pakistan Tehreek-e-Insaf chief Imran Khan has once again set tounges wagging after a ...

The Punjabi Sunni Muslim preacher and mystic was one of the most well-known personalities of the Chishti Order during the 12th century. Devotees celebrate the annual event every year which began on Zilhaj 25 and ended on Muharram 10.